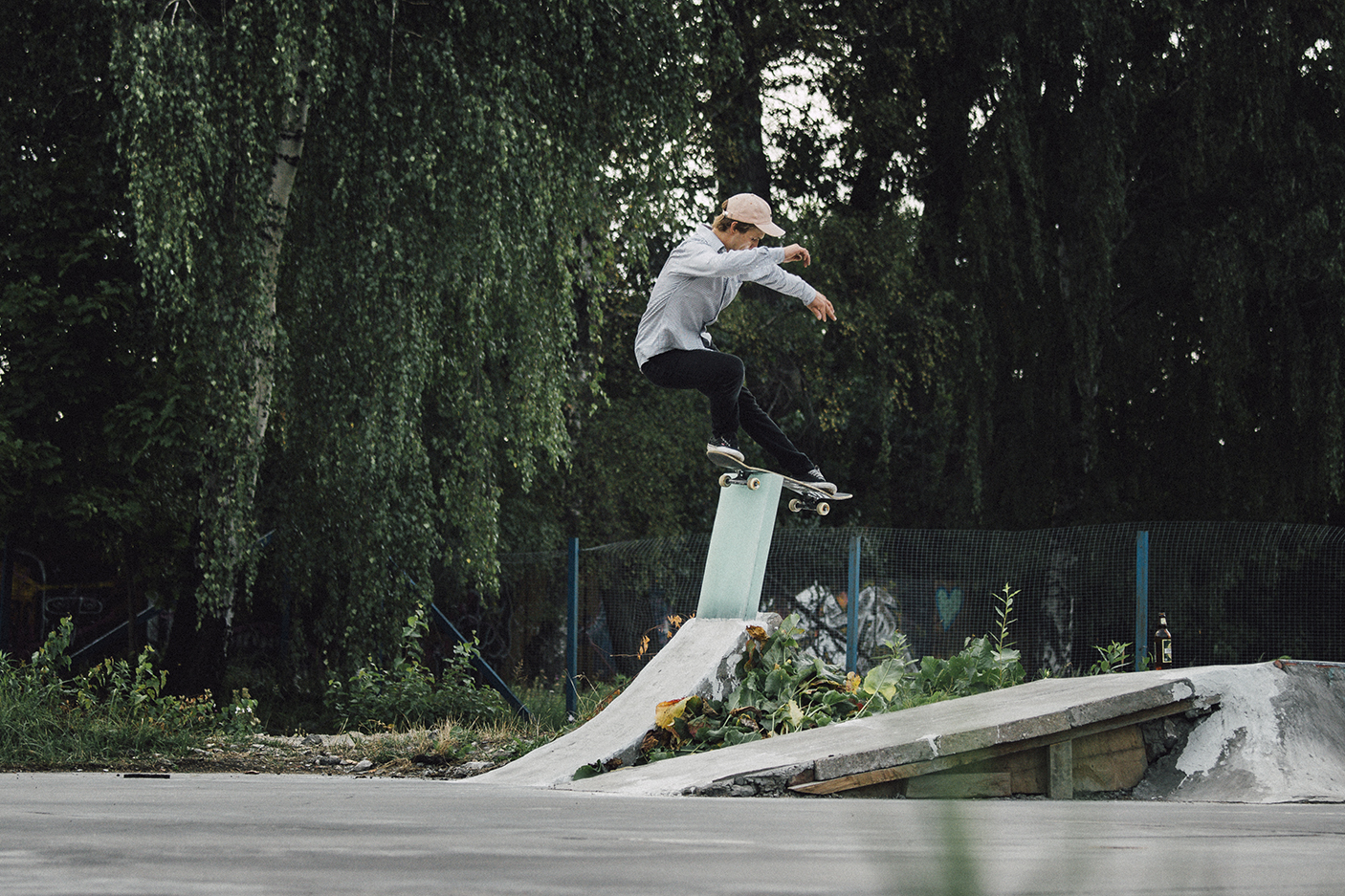 2018 is over and it is the first year in a while that we might miss. A lot of shit happened in the world of skateboarding in 2018: full length videos made a comeback, people started to address controversial topics a lot more etc. We are living in an interesting time; Jenkem even called 2018 a golden year in skateboarding. What about the Baltics however? In our little isolated world, did we have a golden year too? Let’s take a look (in no particular order) at some of the most memorable moments in Baltic (mostly Latvian) skateboarding, as well as reasons why we need to remember 2018.

This summer was actually summer

We didn’t have a single indoor session the whole summer! Don’t know about you guys, but I usually don’t go swimming in early May. However, in globally warmed up 2018, on 13th of May I was swimming and filming in trunks without any problems. May was the start of summer and it almost didn’t rain at all the whole month. For us skateboarders the weather is the most important thing, and this year skate gods were merciful to us.

Most Riga heads hang out at one spot 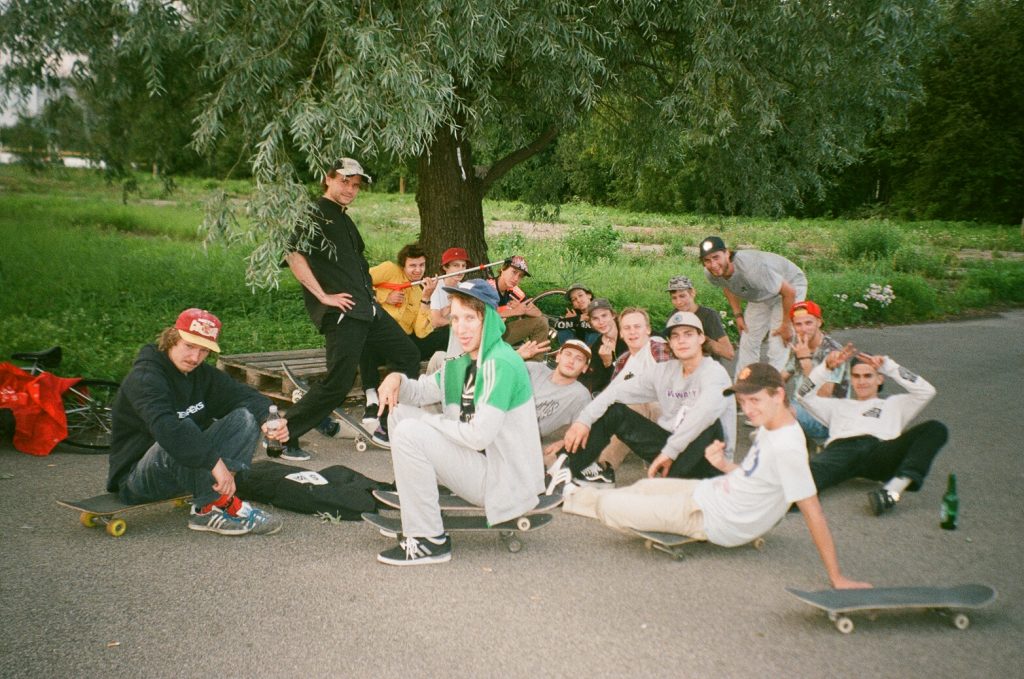 Every capital city in the world has a spot that everyone crashes and chill skates forever. In case of Riga it is the beloved no-go zone, Barix, where only selected local and, pretty much, any foreign skateboarders can go to. The ease of skating there has also made it the main filming spot for Riga heads. As seen in Pis Taisni, the only Latvian street video to come out this year, locals spend hell lot of time in the Barix, which had its own section in the video. As years pass and we get more and more spots around the city, the main local clique of Riga skaters is still held hostage by the most pleasant concrete desert that is the Barix.

P.S. Nick Garcia and Pat Duffy skated in the Barix this summer!

Our first video contest – R.USH HOUR (supported by Tikari, Clockwise and Converse), where dudes had to film parts at G-tiim, was taken by Arturs Bogdanovičs – the focused, sober, heelflip enthusiast. He did 10 heelfip variations and got the win. Some of those were completely mind bending and only manageable by Boga’s heels. Let’s hope has he got some new moves for 2019 R.USH HOUR!

The year of the no budget contest

This year we attempted to make a local Dime Glory Challenge (Unreal Tournament) and a local Copenhagen Open (Around the Block) and both events turned out to be succesful. Unreal was the shit! We got all three Riga skate shop (Boards.lv, Tikari, Clockwise) to support it, we had some funky challenges, we had an all day party and no budget. Second annual Around the Block contest was a blast as well. Again a complete no budget event fueled only by enthusiasm, hype and beers. Deda stole the show again, same as in 2017, with a closing gap session in the rain, proving that he performs best in extreme conditions.

Viljandi BASH – the best get together of the year

2018 was the perfect timing for RajonTV’s first trip to Viljandi BASH. This year the event was taken to the next level, and it was a pleasure to witness all the radness. The event was organized really good with all of the side events and extra activities: the game of skate, video premiere, gladiator challenge, and of course the parties with concerts and stuff! The best thing was that Baltic skaters got together and had a good time. Looking forward for Viljandi BASH 2019 for sure! Our recap – here!

It is still pretty exotic for Baltic skateboarders to go to exotic countries on a skate trip. While skateboarders in the rest of the world do travel far and wide, it seems that the Baltic crews, due to small or no budgets, tend to travel in close vicinity or not at all. We rarely hear about skate trips, let alone outside Europe.  But in 2018 a group of Estonian skateboarders tackled one of the most visited skateboarding destinations since Barcelona, they went to China! Freaking China! It is not like no one has ever been there, it is just that no one (from the Baltics) has taken a whole crew to go and film a video there. Like a real skate trip. The crew of Estonians has put together a video titled Project C to showcase their adventures China. The video was shown at the above mentioned Viljandi BASH. Hopefully this tradition will continue and we will see more great videos like this. We talked about the details of the trip with Kristjan Prik earlier last year.

It sounds a bit cheesy, but for our small scene this is a big deal. To get approval from one of the worlds most prominent skateboarding media websites is rad as fuck! Thank you for that.

Fully Ghetto Gang comes to Riga to show their video

In 2018 Fully Ghetto, the gang we mention a bunch around here at Rajon, released their third video titled “Needle in the Heist”. It turned out to be a pretty well put together piece with the whole crew intact, nice songs and great atmosphere. Fully Ghetto guys even came over to Riga to show their video! Which is pretty sick and unique in way for the Baltic skate community. This is a step towards making Baltic skate scenes united. Last time we had a good connection was probably in the heydays of Arturas Jendovickis and his video projects. Arturas’ Difusion video had Artur Bahurcev, when he was already Nilov, Richi Dunkul, and a part from Pavel ‘Spank’ Berezjuk (unfortunatelly not online).

RajonTV Game of Skate championship, so far the best thing this website has produced,  is at its second season’s closing. And in 2018 we had the finals of the first championship. That winter we had an exclusive access to Prisma parking lot and somehow even managed to pull of the final games there. There is no heating obviously or even walls, yet a lot of people showed up to watch the games, cheer and drink beer, despite the freezing cold. Madars closed the games and took the title of RajonTV Game of Skate Championship! There is no better person to get it! Those ice swims probably helped a bit, though.  Watch the championship games here.

And again on the Madars note. This year we had some dope shit done by the Latvian pro G Madars Apse! He started the year by bringing his homies over for a tour around Latvia which ended with an epic LNB sesh, he had a full Thrasher interview, he was nominated for SOTY by Thrasher too! And in the end of the year Madars came out with a rad, strong part in Element Peace video! He really stepped it up in this one, with some unique moves like that ollie on a bar to ollie of it, or boardslide shove-it boardslide? Especially stocked to see Riga spots in that part as well. Madars kept us all hyped the whole year and we thank him for it! Thank you Madars!

That’s it! Thanks for the support, see you soon. Stay safe!