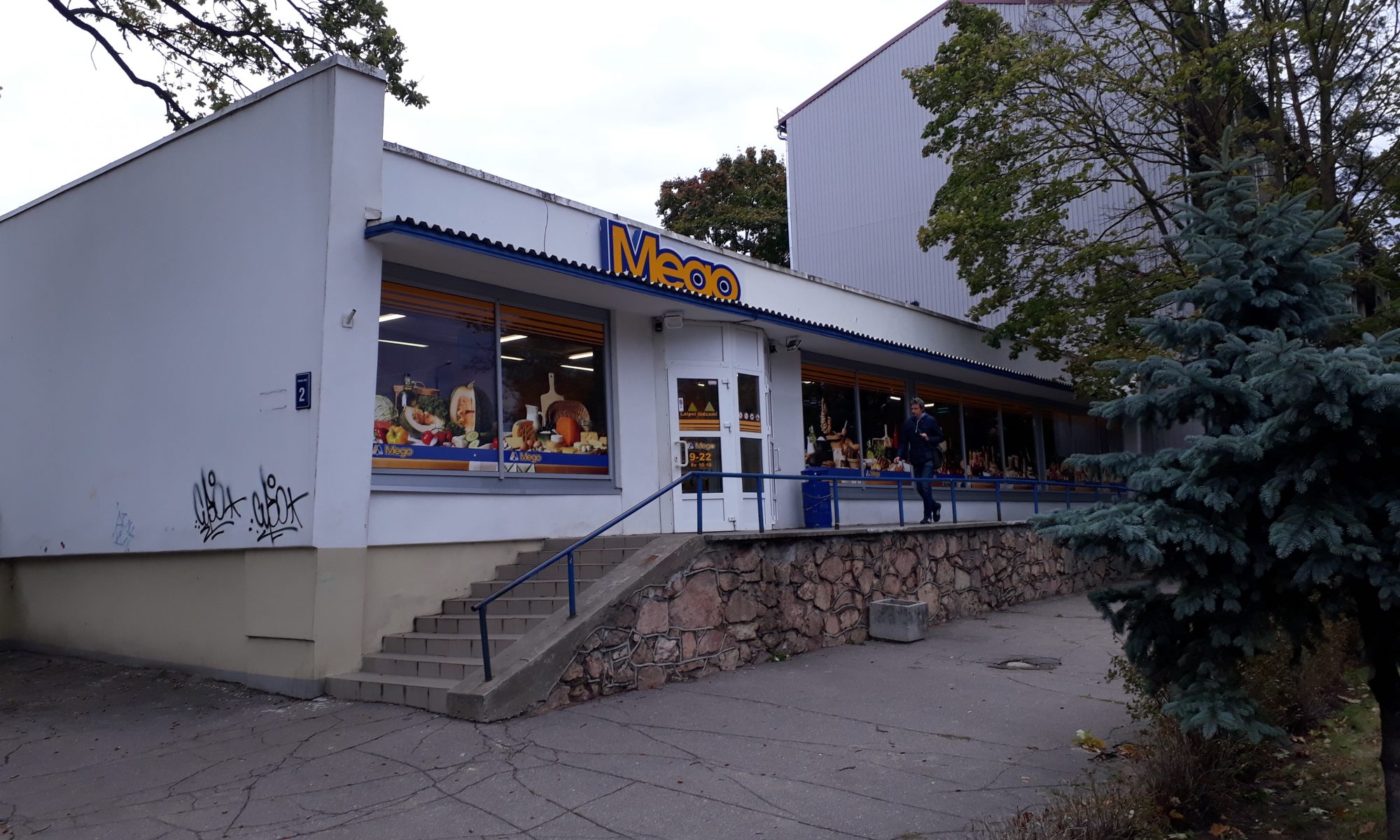 Madars Apse – Crooked (and other tricks)

This was the first encounter with skaters for that lady in the background. She had heard about skaters but never saw them. And right before her eyes the best skateboarder in Latvia, Madars, made this croocked grind that changed her life. She became fascianated by skateboarding and went on to become a skateboarder herself. She started a skateboarding organization called ‘Limitless Skate Life’ where she tought people, mainly adults, about the importance of outdoor activities and positive thinking. Skateboarding changed her life and she changed the lives of others by skateboarding. Her name is . . . okay I made this shit up. She probably just went to Mego to buy some bread and later told her friends and family, “I saw some idiots today sliding a big rail”.

Another trick by Madars from the same video as the crooked grind. It was a Boards.lv video called Fresh Fruits (something Mego shop never had). And again Madars’ skateboarding is witnessed by disinterested locals. They look like skateboarders but their lack of appreciation for the trick suggests that they don’t understand what is going on. A back lip down a handrail right next  to your face in 2005 could not have left you emotionless if you were a skateboarder.

This Mego doesn’t have long lines during lunch breaks as it is in Pardaugava (the other side of the river) far away from lunch breaks. It is located right next to a bridge that connects two rajons (districts) Ilguciems and Imanta. The bridge goes over tram tracks which go along old rusty garages covered in piss and sketchy graffiti. There are no fancy office building around meaning no lunch breaks.

Continued on the next page —-> 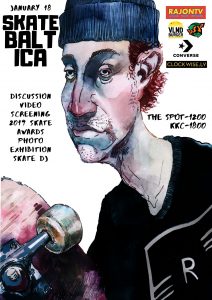 VISS SAFE IS OUT 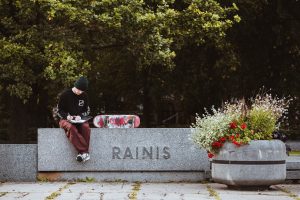