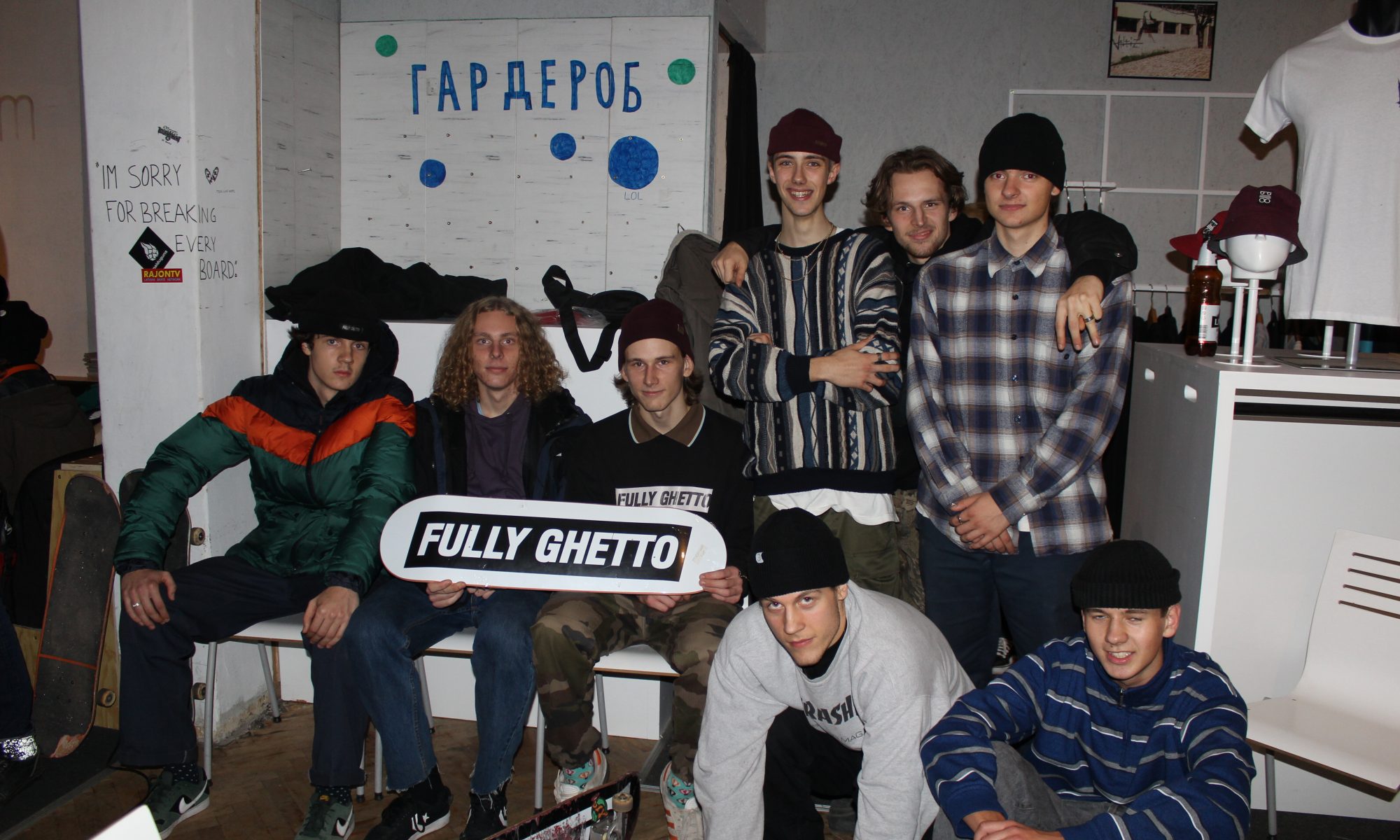 Despite being ghetto, the Fully Ghetto crew showed some pretty good organisational skills and managed to come over to Riga in full cast for the premiere of their latest video. „Needle in the Heist” is more than just a funky video title; there is an idea behind it which shows the attitude these guys have towards their craft: they are quite serious about it. So serious they came to Riga to show it, which is the first time in recent, maybe whole, Baltic skate history when a video gets outside the home country for a premiere. Which is a positive change in our clicky scenes. Instead of keeping it all to themselves they came here hosted a best trick session at G-tiim (shout out to Valera), showed their film and partied with us till the morning. And this is just the beginning of this tradition; it will continue! More Baltic contests, premieres and collaborations. We are so small we need to unite and make it together! So thank you Fully Ghetto for bringing good mood to Riga!

We talked a bit with Domanats, the guy behind the video,  before the premiere about his skating, filming and Fully Ghetto.

Fully Ghetto guys would like to thank Commune DIY and 14 Skateshop for helping them along the way!

The Full Needle in the Heist video is here too.