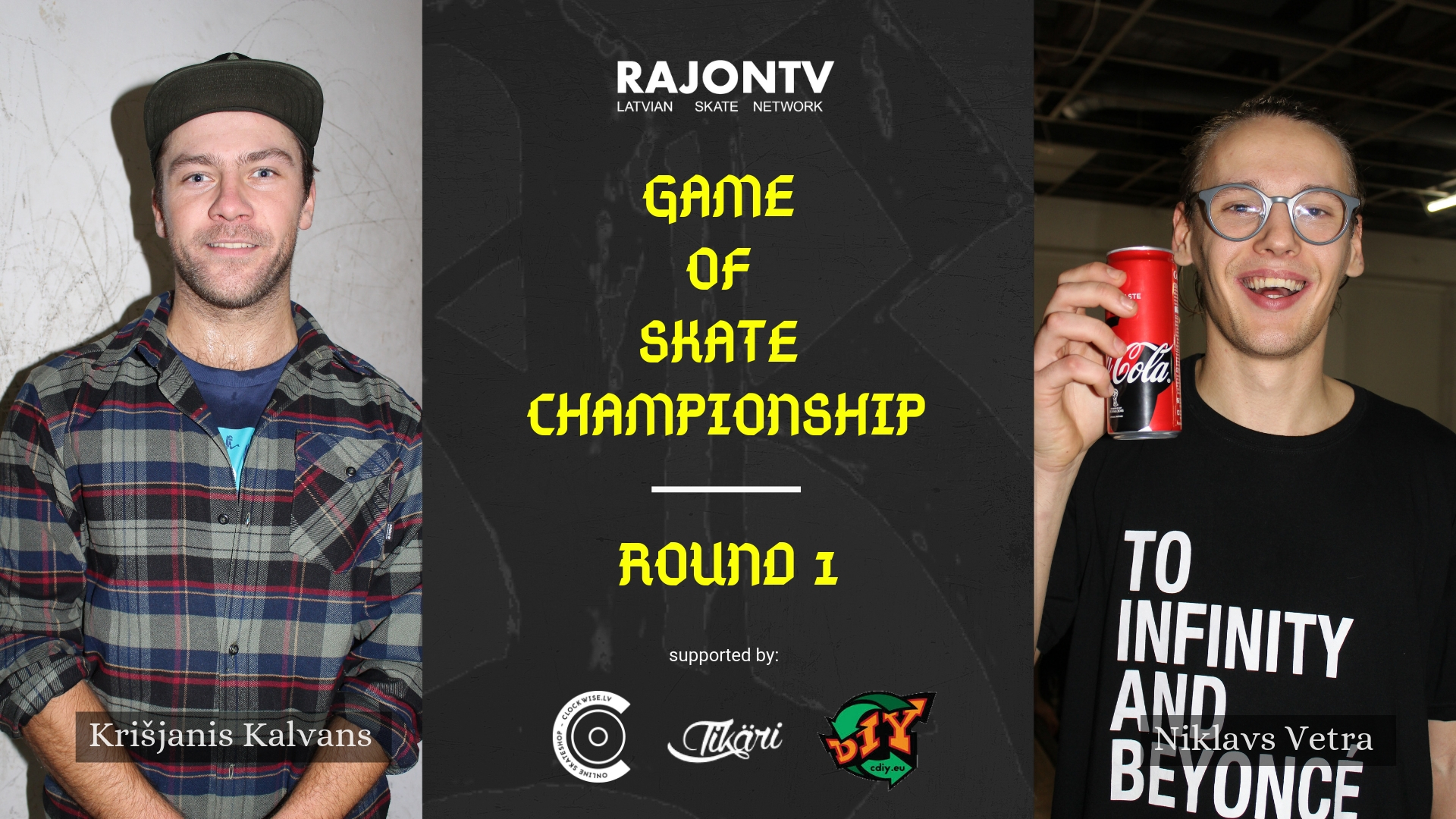 RajonTV Game of Skate CHAMPIONSHIP 2 first round is over! It was a wild ride with some of the best skaters in Latvia showing their phenomenal flatground abilities, strategic thinking and ķilis. And to close the first round we have two more guys, who are not a bit less talented as the rest of our contestants. In fact, these two were even beefing online about who is cooler and whose tricks are better. These two are: Clockwise Skateshop’s rider Niklavs Vetra and G-Tiim skatepark papa Krišjanis Kalvans! Enjoy the game!

It was pretty obvious from the start that Niklavs had a good skating day. He nailed everything and was on his way to a flawless victory, however, Kalvans’ experience kicked in and he got some tricks after all.

Niklavs on the other hand settled on some unconventional tricks like ss fs 360 shove and ss bigspin heel, these tricks are fresh for our games, something still unexplored. Also Niklavs landed a nollie fs 360 shove. Normally this trick looks awful and should not ever be done, however, in this case it was surprisingly good. Well done!

And of course the closing trick in the game, Niklavs’ signature, fs shove late flip. What a great way to close of the first round!

The results of the first round are know and who is playing who in the second round can be seen in the brackets bellow! \m/ 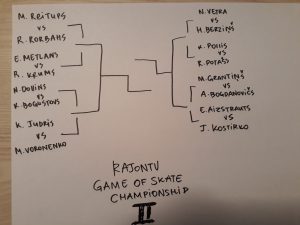 Clockwise skateshop has recently got some fresh Frank and Antiz boards. Check it out.

@mobilafilms enders from his new vid “MIDLIFE OF