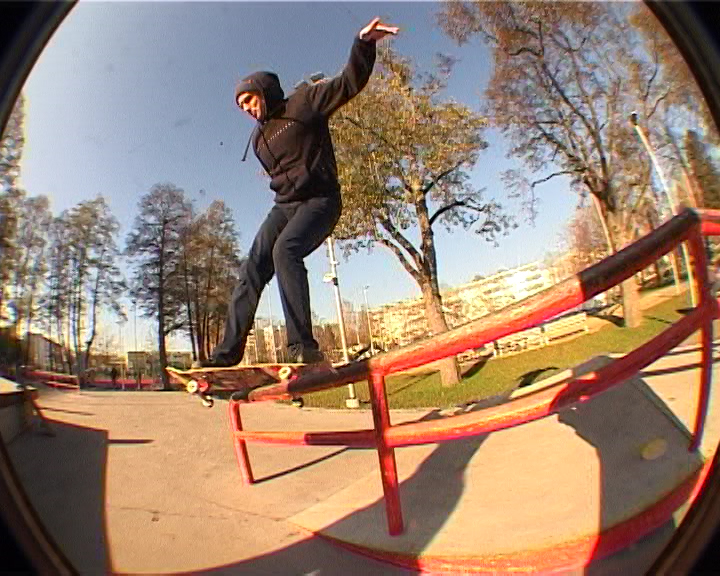 In simple days of our youth, skaters used more option to show their clips. Now everyone mostly films stuff on their phones and puts on instagram without thinking twice. But back in the day it was different. On one side of the skate video spectrum skaters could showcase their skills in a trick tip format. It was a quick, low effort type of production. On the other side of the spectrum you had full length skate videos. These require more effort and patience, and nowadays not a lot of skaters dedicate themselves to this. Somewhere between the two lies another format of skate video production—a skatepark montage. It is not as complicated as a long street video, and not as mind-numbing as a trick tip. Typically a skatepark montage was filmed in one day with the whole crew skating one park.

Our main spot for one-day park montages back in the day was the OG Imanta skatepark.

Every time you got a Skype message, “let’s go film a park montage today”, you’d get excited for the day. All your friends get together and skate. The camera gets passed around. Everyone’s landing their tricks. Somehow on a days like these everything seemed perfect. Maybe filming was not as frequent and juiced you up. In any case, days of filming a park edit back then made sessions more special.

On our recent expedition to Imanta, we visited the new Imanta skatepark, and, on a nostalgic whim, filmed a one-day skatepark montage.  Enjoy!

Stay sane everyone. Till later.