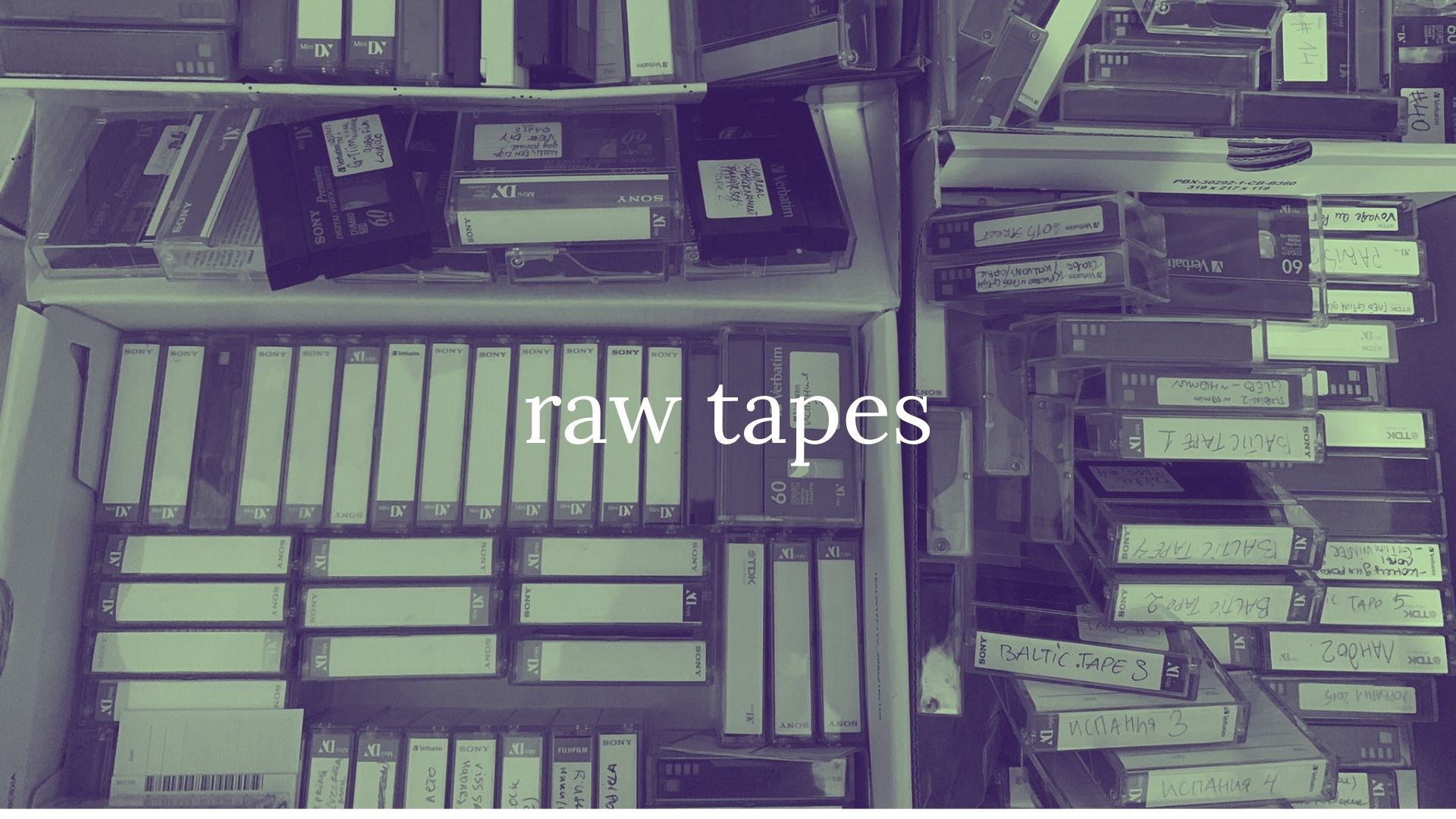 To be honest I am not very good at logging my tapes. I used to have a notebook where I’d write what’s on each tape, which was quite smart until I lost that notebook. Now I just write on tapes, and thank god most of my tapes are signed. I’d say 70% of my tapes have some information on them. However, I can’t say the information is always useful. Sometimes the sticker on the tape just says: Mark & co. May 2017. Try figure out what were we up to in May 2017.

Now during lockdown/winter life I decided to organize my tape archive and share my findings in these Raw Tapes vids. I remember a lot of things from 2017, but still when logging the tape again some forgotten moments popped out. Also, often times I don’t capture the whole tape except the tricks I want to use, so my tapes must have a lot of stuff I haven’t seen myself.

The first episode is shot in May 2017 and follows Mark Voronenko and his crew, The Trank Boys. The crew skates Maskačka and Sarkandaugava where Mark focuses mainly on the non-spots of these rajons. That day at Maskačka is summarized a bit in this insta clip here. This episode ends in the center of Riga, where Mark, again, finds some no-run-up stair set that none wants to skate except him.