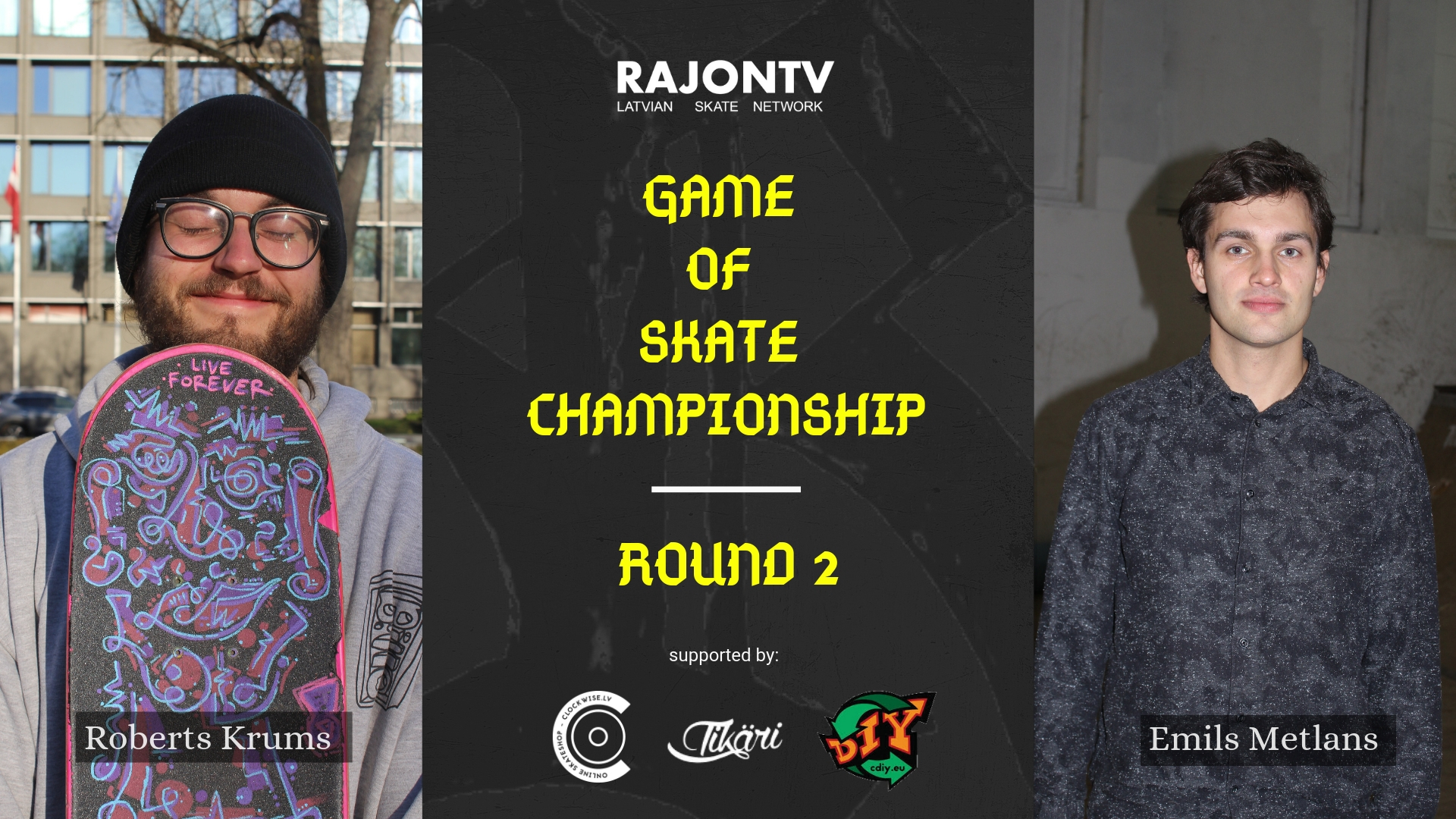 Round two of the game of skate championship is here! Tunnel™ enthusiast Roberts Krums is playing against a man of thousand words — Emils Metlans. The guys were the only brave contestants who wanted to play in the Tunnel™, other refused or just didn’t show up. No one blames them, as Tunnel™ is not the most chill place to skate. However, back in the day dudes used to skate in this Tunnel™ every winter, and they were lucky. Others had wait for -10° because then you were sure it was dry outside. Times were rough unlike nowadays!

Major shout out to the supporters of RAJONTV GAME OF SKATE CHAMPIONSHIP: