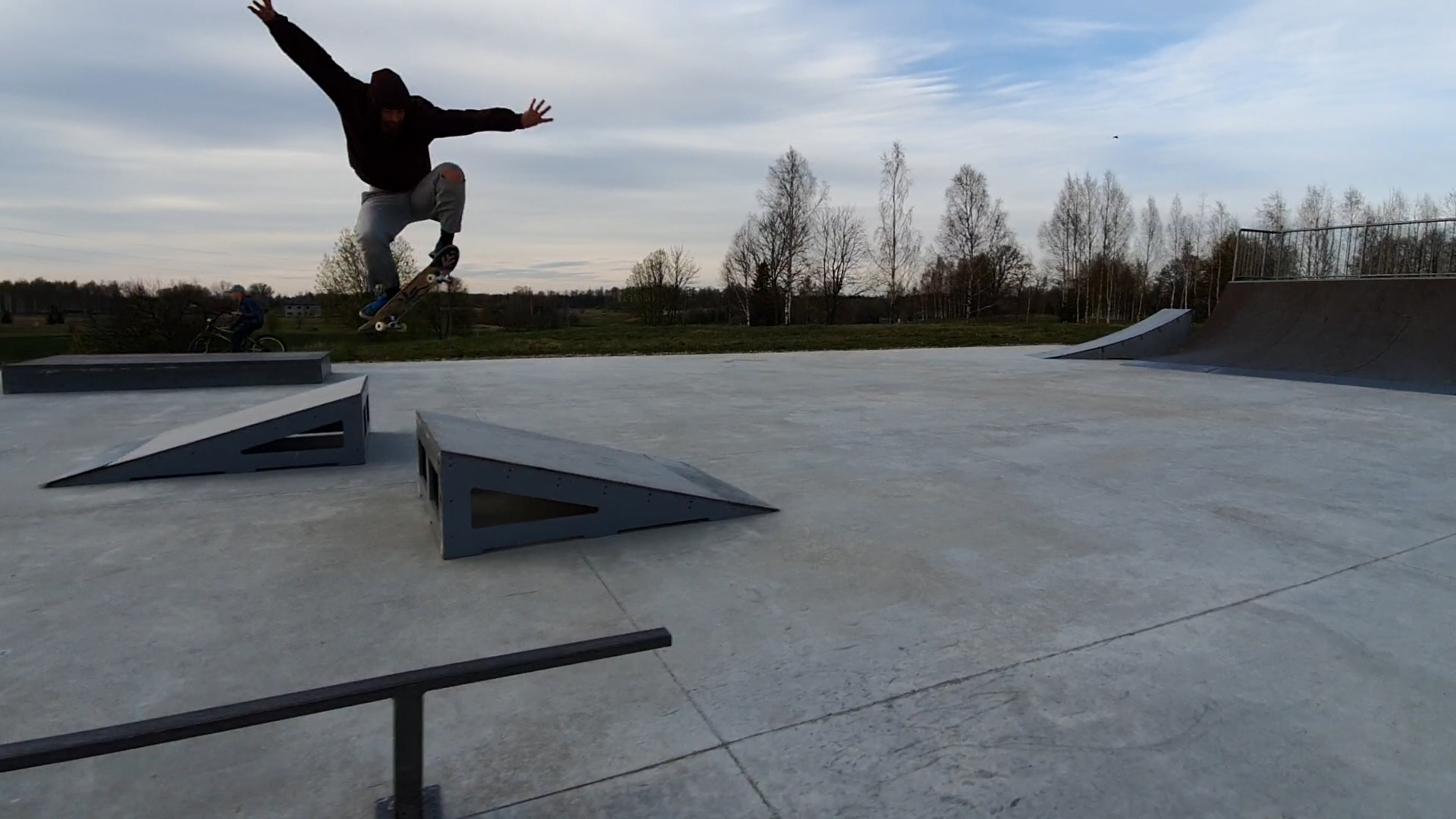 A few weeks ago we posted a clip in our IG story showing Ligatne’s skatepark. Judging by the intrigued DMs from our followers, we decided to make a mini follow up story about that park. It turned out that the park was a local skaters’ initiative. They were lucky to have the city council on their side, as well as smart GFs with writing skills. The skatepark turned out just the way locals wanted it to be, because they build it. Maybe that approach is what cities need to adopt: give a patch of land, some plywood and freedom to enthusiastic locals. They will build their own stuff and will be happy about it. We talked to Jorens Bročs, homie from Ligatne, about the skatepark and local skate scene. Jorens and his buds also filmed this small video from the park. Go visit them if you are in those parts.

How big is the skate scene in Ligatne and where do you skate? Who is the greatest skater to come out from Ligatne?
We always had a skate scene here if two people count as a skate scene. Now we are three. But I remember the times when there were nine or ten people learning ollies and kickflips.

We used to skate mostly flat. We had only few spots: one next to the dumpsters, one at the train station and another next to Gaujas National Parks. There was a patch of asphalt and a downhill. Long time ago we even had an “indoor skatepark” in an old gym. It had wooden floor with some hard carpeting. We spent three winters there.

I think skaters in Ligatne are average, but that is fine.

Does the skatepark have a name by the way?
Skeitparks

How did the park came about? As far as I understand you guys made this spot on the place of the old park? Did you had to write a project to the city?
We had old ramps that needed renovation. We applied for an LMT project and got financial support for renovation. At the same time Ligatne’s council got finance for pouring concrete flat. Now we have good flat and can make our own obstacles.  Every year the city council grants a bit for plywood and other materials.

Can you tell how to write a project? How did you convince the city you needed concrete flat?
It is easy. There are some questions you must answer. Usually they are very patriotic and noble. Mostly my girlfriend writes my projects, she has got the skills and I only edit a bit.

We didn’t have to convince the council about flat. That was just the cheapest option.

Why did you guys leave so much flat? Why didn’t you build a huge spine transfer or a dope 3 meter fly box like in most Latvian skateparks?
We are saving some plywood for a MegaRamp. So at the moment,  flat is what we are left with.

Are you planning any events maybe?
Not really, we are kinda scared to do it.

Any advice to fellow skaters on how to get a spot like that in their city?
Develop relationship with the city council, talk about what is important to you and it all might work out. And sk8.

2 Replies to “Skateboarding in Ligatne”