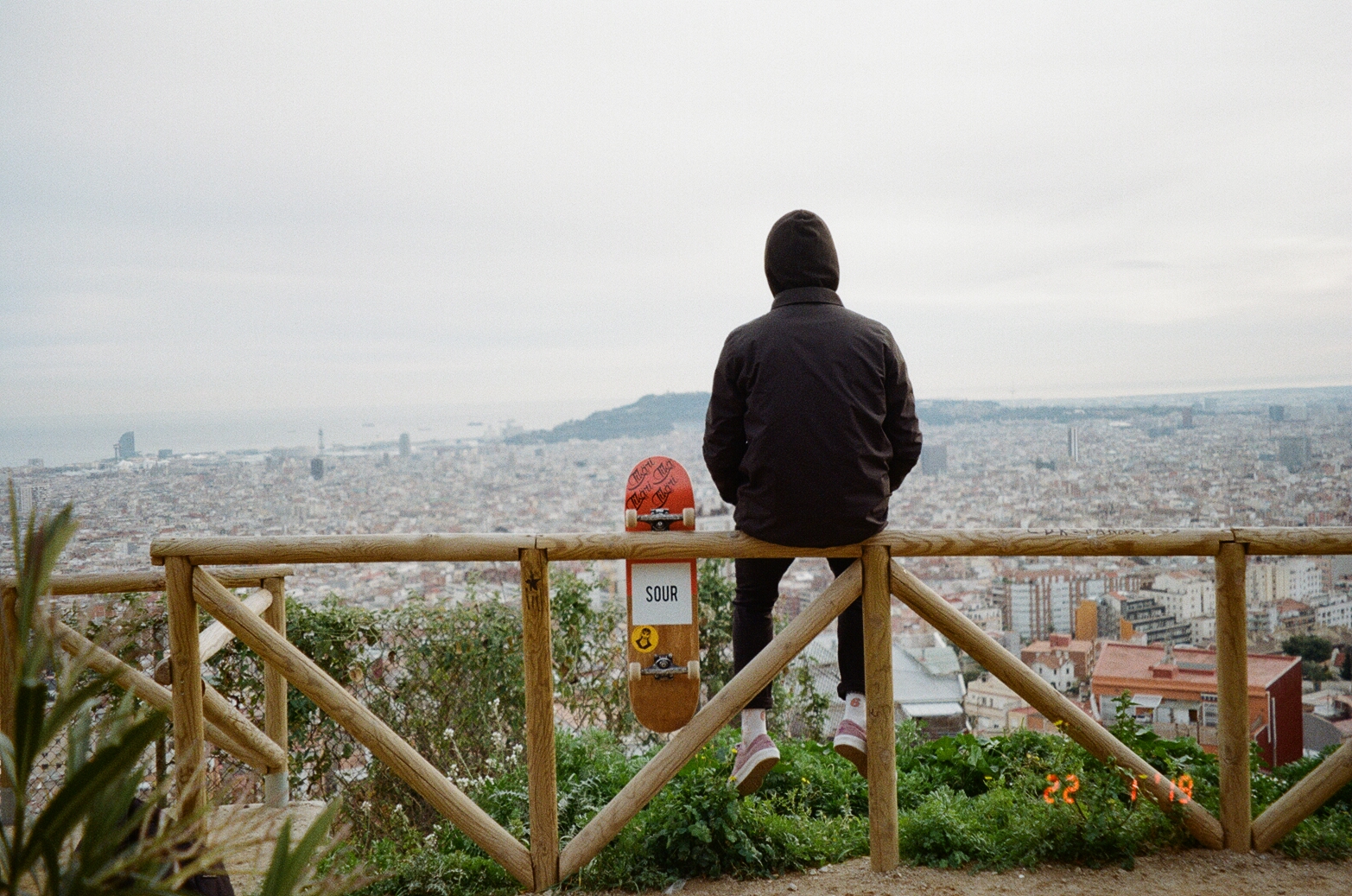 While most of us struggle to film on shitty spots in Latvia, Arturs Nesaule took a more rational approach.  Crusty ruins that we call spots around here, were not on Arturs’ agenda, as he filmed majority of his part in the frictionless Barcelona. A city with the most THPSesque streets in the world. Besides from grindable electrical cables, which are probably going to pop-up in the next decade, Barcy has every kind of spot one’s heart’s can desire. Heck, we can’t even find a decent bank in Riga, let alone a street quarter pipe. Mini Q and A with Arturs below.

How does it feel to put out a part finally?
The stoke is REAL! When I first presented it to public on Skate Baltica event, I was more than thrilled. By the way, that was my first solo premiere, so I was a bit nervous about the pre-speech and how it would go down, reactions etc., as we say in Latvian “samīzies”. Overall, it went better than I expected, got props from the homies and all that. Somehow I proved myself and to others that I could skate and film a part, moreover, an international part with 2 tricks from Latvia.

Why there is a rumour that you don’t film? I heard nobody expected a part from you!
Most of the time rumors are not true, but this time they were. Since the golden GREENHOOD times I have not put out anything proper, I have had few tricks here and there, but not anything full length. GREENHOOD was a crew based on young skaters with a mom bought camera gear with no fisheye, no stabilization system, filming sketchy and clean tricks indoors, outdoors, streets – everywhere, although travelling around Latvia. The crew had a couple of riders over the years, basically if you were the homie at that part of time, then you are in. If I am correct the main guy behind it was Toms Berzins, then also Niklavs Vetra, Kristaps Berzins was on the team and others who do not skate anymore. Great times! Sadly the Vimeo and Youtube account was deleted by one idiot, and Tom’s computers, usb disks broke down, some were deleted by us. When I got the camera myself, we filmed every skating and non shit, posted videos frequently on my Youtube’s channel, but then I got tired of bringing camera around, school got more serious, wanted to skate more and focus on my tricks not to switch cameras or film someone. In addition, Instagram and other media platforms came along, so somehow all reasons combined turned into lack of my footage. Anyway, I am back and hope to stay on the track for as long as I could.

Do you feel better filming in Barcelona?
Barcelona has been my dream city since the first time I went there, so it was obvious that I wanted to film and skate there, I even started to make a spot map of what I have seen. Moreover, everyone knows that it is the Skate Mecca. For me it was sort of a challenge to try to film spots that are seen by many, as well as the trick amount landed there is uncountable, so I tried to make something what I have not seen or just went to the outskirts of Barcelona, cruised around the last stops of metro in a hope for virgin spots. Definitely, it is quite hard, cause there are those SOUR guys, who have been everywhere. However, BIG thanks to Kristaps Krastins for the accommodation, spot guidance as well as overall help! Madars and other Barselona based guys for the spot routes!

You hate those Riga street quite a lot, don’t you?
Naaa, no hate to Riga’s spots, I have been skating them since the day I got on board, cause I started in streets, not parks. Honestly, there was a time when thought that these spots are shitty and rough, because I got the opportunity to travel around and see how good the spots are overseas. Nevertheless, the older I get, the more appreciation about what we have here I have. It is just the mindset you need to change, not the spots! Get creative, uncover new perspective to the seen or skate the unseen!

What is the craziest spot you have seen in Barcelona? Spot that you couldn’t believe was in the streets.
I cannot recall it right know, but the craziest I have seen is also in Spain, precisely Seville. I am talking about the one Madars Apse ollied (ollie over stairs in to a quarterpipe kindish bank) in the DC “Where the EU at?”. Love that video! The spot is all white building with natural concrete quarterpipes everywhere, you could skate it as miniramp, corner or whatever you imagination is up to. Furthermore, I had the chance to skate that spot when I was there for the Volcom Wild In the Parks finals, IT WAS DOPE! Hectic to see it in real life and proud to know the main stunt man. Ahhh, not to mention, in the outskirts of Barcelona there is that super steep downhill spot, which is rarely seen, but I have it in the credits of the video (doing wallie). It is fucked! If you get something there – I am buying you beers! THANKS to my mom, Ilja Pavlukevics, Konstantins Makarovs, Ed Gaba, Tikari Skateshop, Converse Latvia and Stinky Socks and many others! Love yaa!