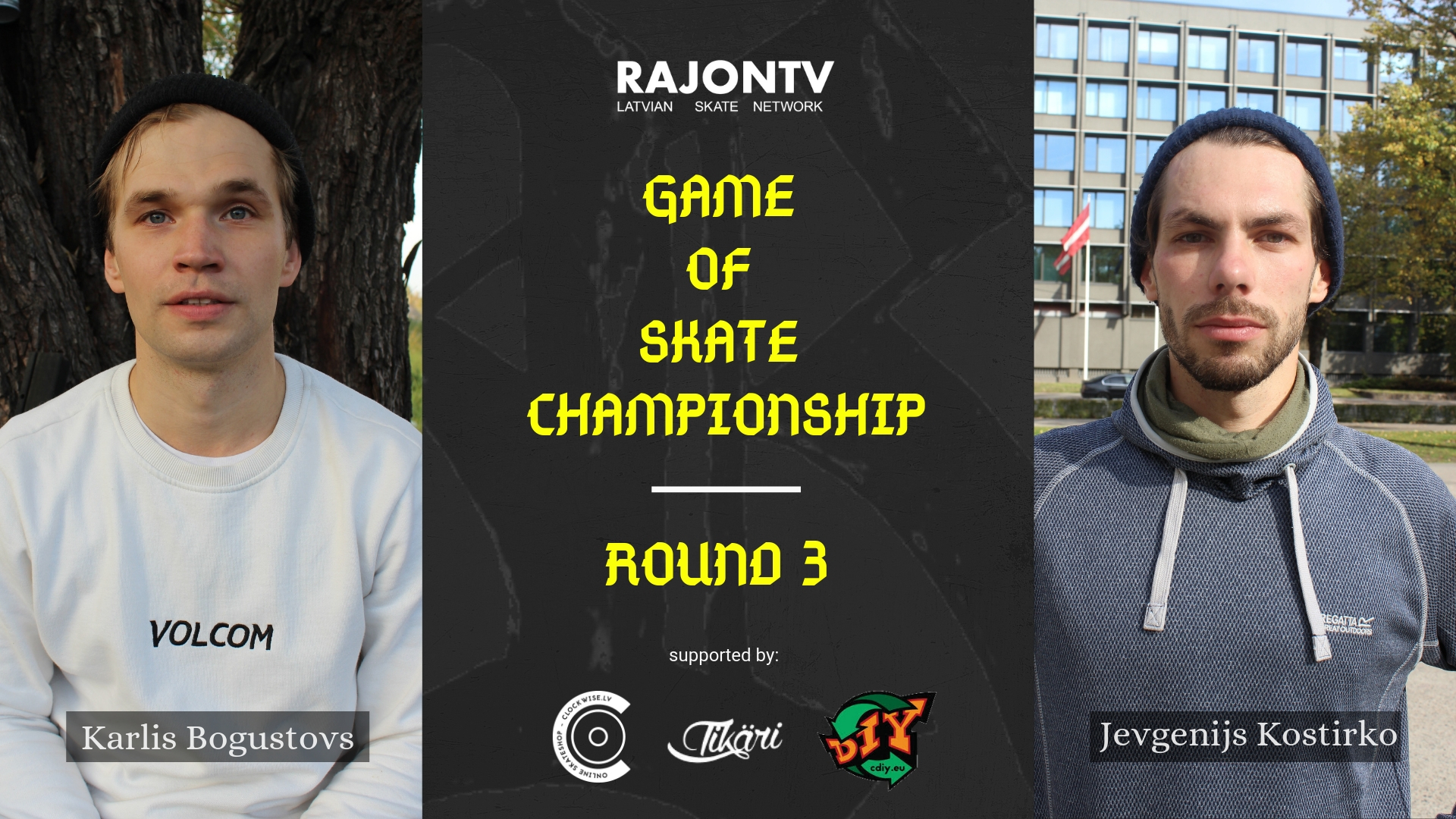 Just recently Karlis Bogustovs and Jevgenijs Kostirko were budies working together on a common project to bild the biggest BOX in Riga, and today they must oppose each other in a game of cold blooded SKATE. Good thing that games of skate don’t damage friendship otherwise a lot of skaters would hate each other.

In the pre game interview Jevgenijs called Karlis buldozer. It was just a joke and it is not his real nickname; however, it really fits Karlis’ manner of skating. And it probaly will take a buldozer to stop Miks Grantiņš on his path of destruction. We will see how it goes, but chances are high that Karlis and Miks are going to meet in the finals.