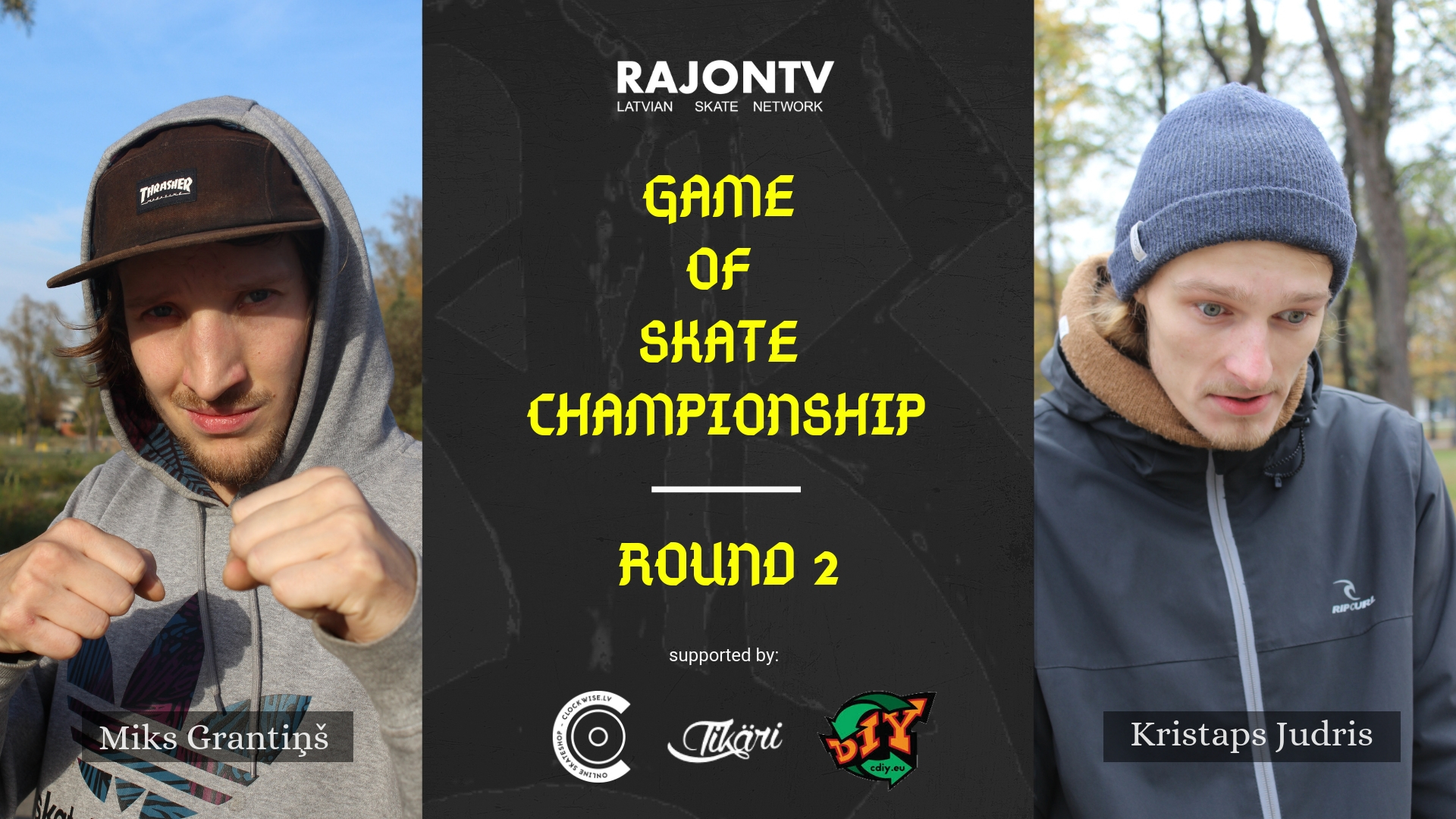 RajonTV Game of Skate Championship is back! We are proud to announce the start of round 3 which is going to have four battles. The best have made it here and now it is time to find out who will be fighting for the Champion Title on the final event!

So, without further, here is the first game of the third round.

Well, Miks got through without any damage once again. He is in his killing mode at moment: flawlessly destroying his opponents one by one. There is an element of luck however, if Kristap started the game, or had a chance to show his tricks, maybe it would be a different story.

While Miks is on a killing spree here is a little video reminder of how good Kristaps is. Bet you have forgtten about this, or for younger genereation, have never seen this before. Shits bonkers

Next game is coming tomorrow