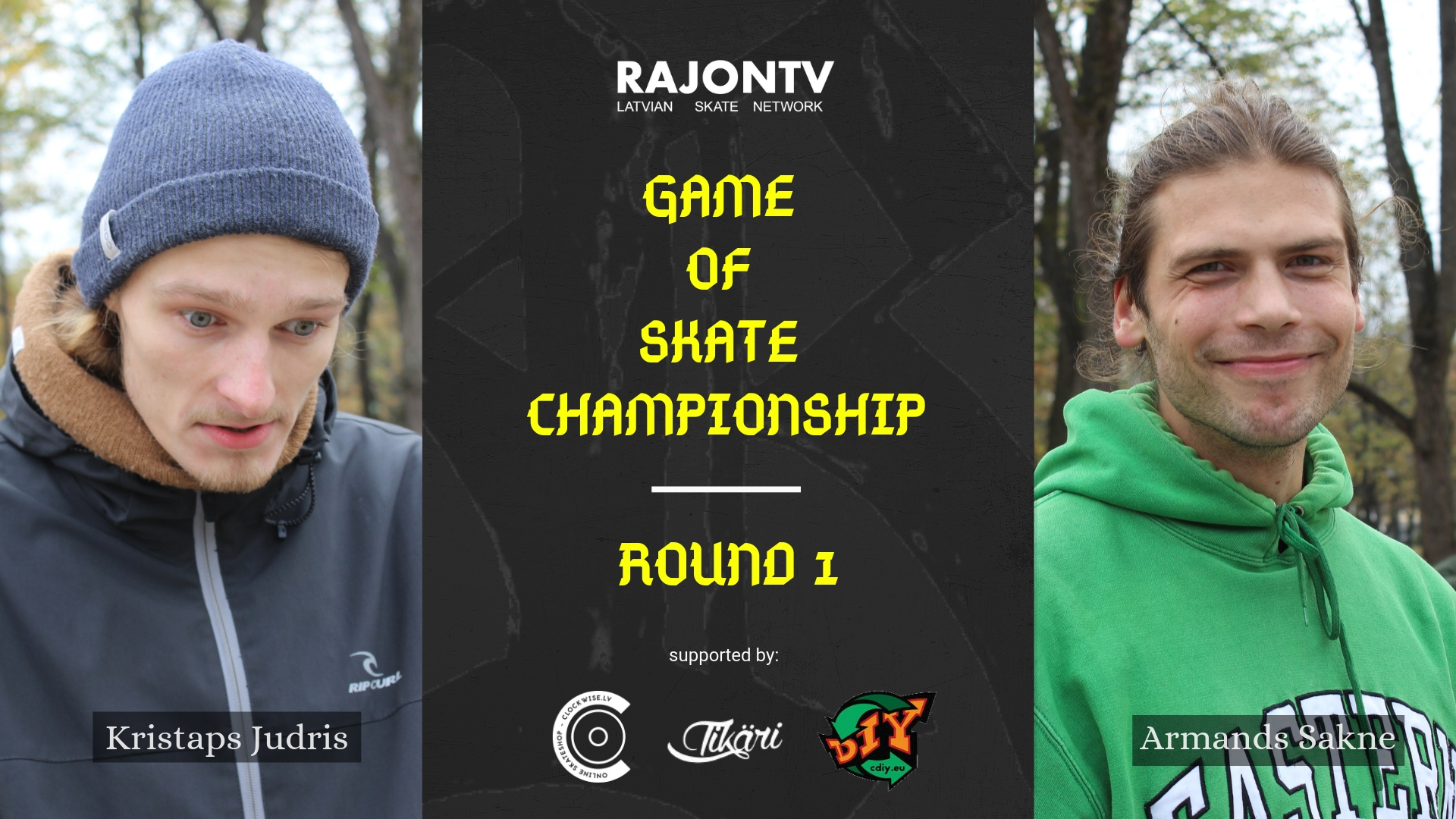 This combo might seem fake but it is fate. These two guys are ment for each other: they are like sitcom sidekicks, or brothers separated at birth. They both skate, fanatically play the guitar, pretend to be grown ups and are simply two genuine weirdos. Armands, ex-skate-chef, is a newbie to our game of skate championship, whereas, Kristaps on the other hand, played last year in what was arguably the best game of the season.

For those of you who know how these two skate the result may not been a surprise. But the way that victory was achieved can be criticized. Since we are free-spirited not-caring organization we don’t have strict rules and regulations on what is allowed and is not. Trick “rules” in RajonTV Game of Skate Championships my vary from game to game, depending on the referee. But still we are curious to know what you, our trusted readers, think about the following tricks:

Someone at the site called this trick Chop Chop. I doubt the name since the only known chop chop with a skateboard is this.

Even if you discredit these tricks Armands still didn’t  have many chances. He missed a kickflip and that set the tone for the rest.  Although, he has done some cool kickflips in the past. Watch full video