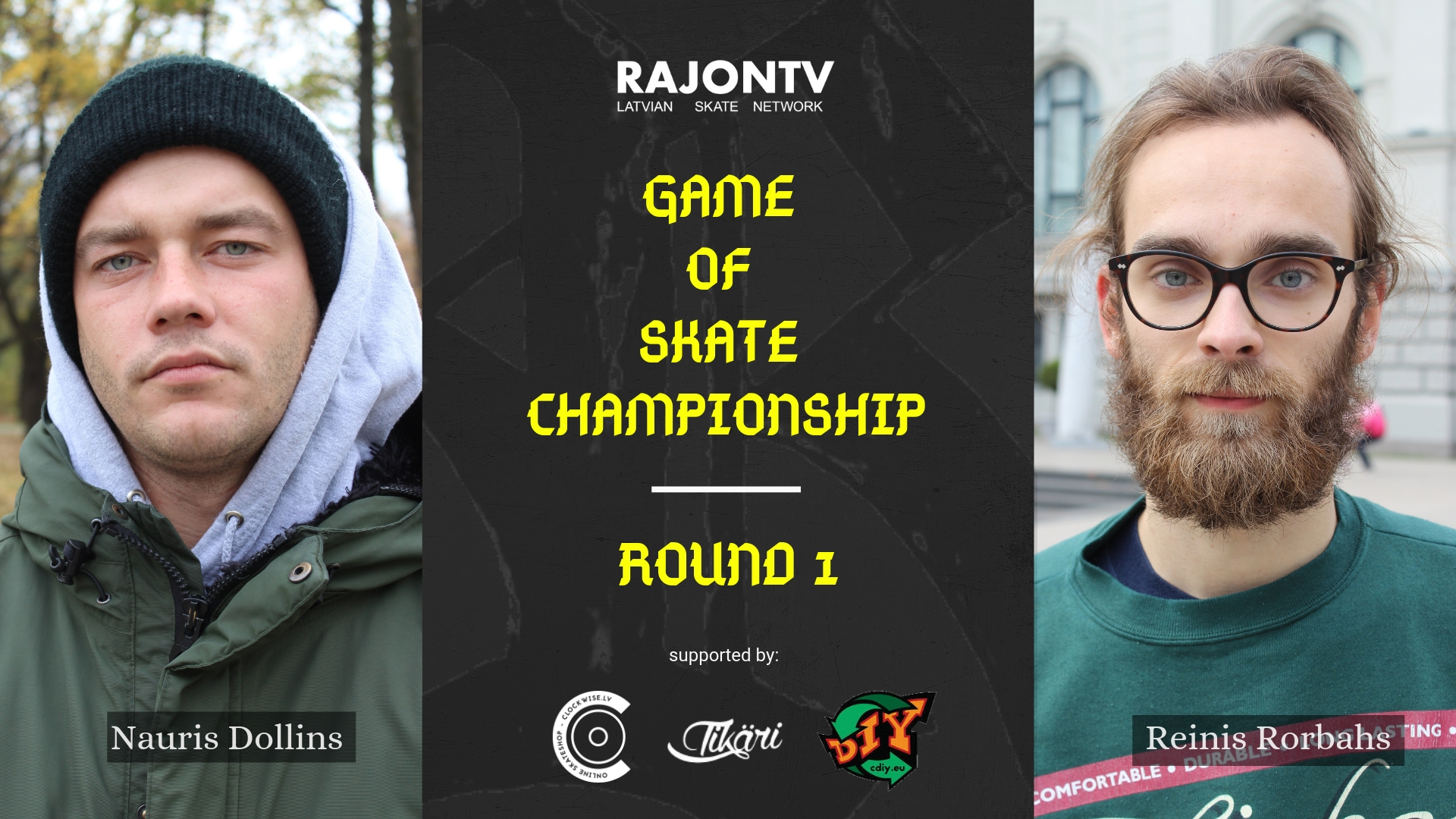 Nauris Dollins, the photographer, is playing against Reinis Rorbahs, the crazy brother of Rudolfs Rorbahs. Last year Nauris got fourth place in the  last game of skate championship and Reinis is a complete newbie to the game.  Enjoy!

Game highlights and analysis, and Kilis.

As Reinis told in the interview the only thing he was hoping to pull of was the backside 360. The guy has a pretty mean one, full rotation no pivoting. Note how his legs were off the board as he was landing it. Wow. Magical shit.

Nauris on the other hand said that ķilis was his favorite trick, and he is not the only one. I don’t know why but it is probably the most Latvian flip trick on a skateboard. Maybe because there is a special name for it in Latvian? Ķilis is a Latvian word, right? In the rest of the world it is called a hospital flip which is silly name if you ask me, no wonder we made up our own.

This trick is something in the middle between a flip and a grab, it is in its own category of leg-grab-tricks. And even if it is pretty weird Reinis repeated it no problem, because he is a Latvian and every Latvian knows how to do it. So yeah it is a Latvian trick, at least it is/was popular among Latvian skaters. I don’t recal anyone who is not Latvian be so good at this trick 🙂 Examples below:

This is during a time when people would shit their pants when they saw a Ķilis! And the next one is a classic Latvian ķilis with an extra spin by Toms Gabliks filmed by Toms Bika. (arguably the best ķilis ever done)

Here is one more Ķilis variation, a freaking nollie one (it is the last trick in the video)

So as you can see there is something about that trick that speaks to an average Latvian skater. It is relatively simple, yet weird and abstract. Your friends most probably will enjoy this trick if you do it infront of them, and if your friends are Latvians, a pat on the back is guaranteed. There are plenty of pointless NBD variations with it as well. You can do it into a grind or out of a grind, into a muanal or off a bridge.