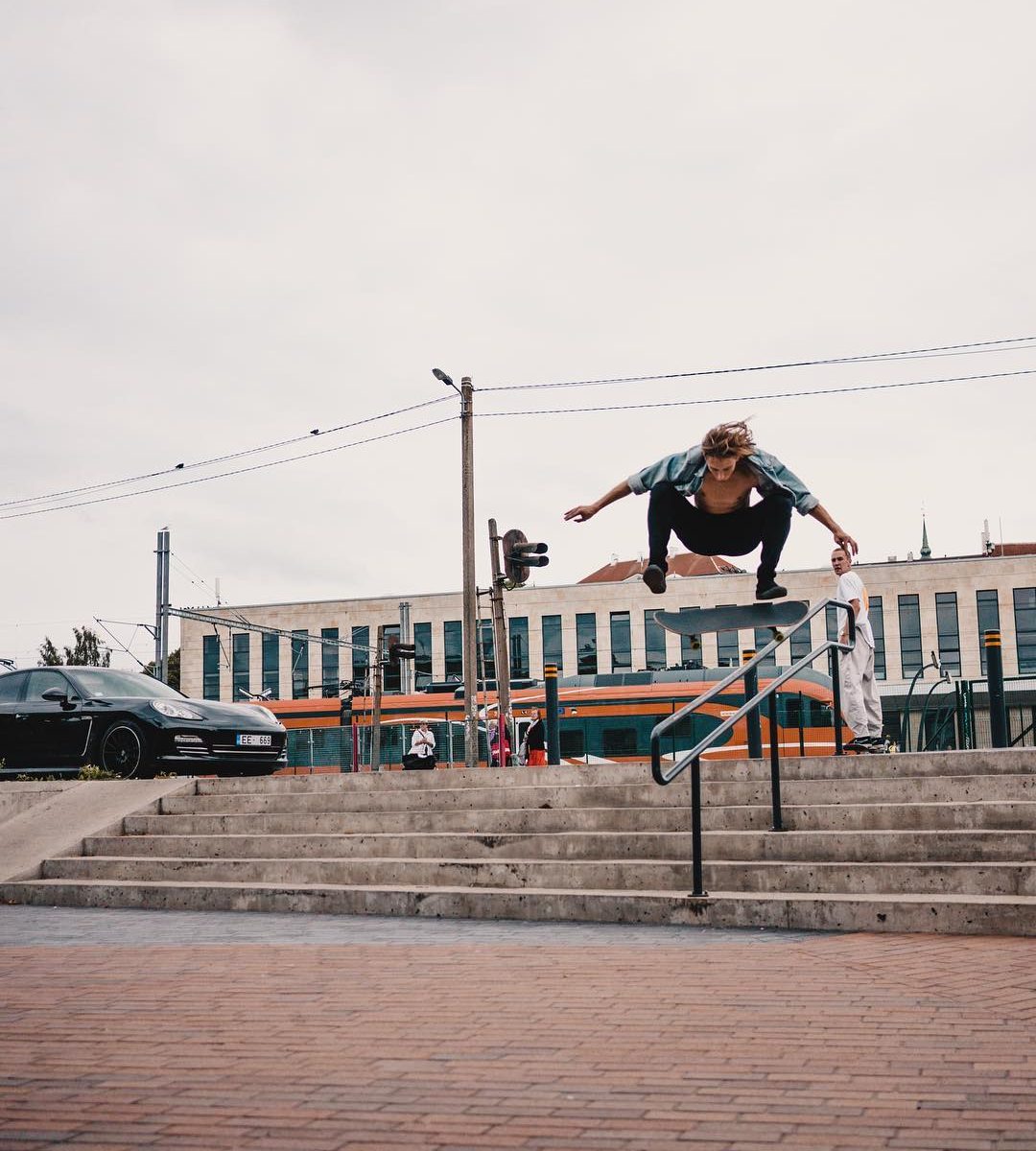 Cover: Aleksandr Tubin, Photo by 42010dept. VIDEO PART IN THE END OF THE POST!

Summer is over, and as the first September days pass some of us already feel that sense of regret. “I could have skated more” says your inner lazy bones skater, or, “I could have filmed more” says your inner skater who still hopes to film that mega video part. What ever the case, if you blew you blew it hard, as this year summer was the hottest summer in ages. And if you had some plans than this summer was the best time to make them happen.

Homies from Straight Forward skateboards were productive this summer. You can argue that partying doesn’t count as being productive, and yes it doesn’t it is the opposite of being productive. However, as long you film all parties and make a movie about them you are on the right productive track. The movie is going to be called “PIS TAISNI” – the most popular phrase in Latvian after Pimpa and Saldejums. And here is the teaser. It is said to come out in December. Going to feature some gnarly shit and homies skating. Video is filmed by Mr.Armandos on a Hi8 camera. Let’s wait and see how it turns out.

Vans skate league contest series finished in August. Here is the video from the last event in Miera darz. Mr. Boga is the overall champ in the series! Congrats man! Next step – Olimpic games!

Meanwhile there was a contest in Klaipeda, in what looks like a new park. Here is the video where we can see the usual suspects from Lithuania.

And another contest video, now from Vōru, Estonia. The Skateboarding games! They had a game of skate, bowl jam, street jam, death race and fireworks in the end!

In the end of the month King of Tallinn took place, which pretty much is Baltics version of Thrasher’s King of The Road. The only difference is that anyone can participate. Event was four-day long, teams had to complete trick challenges and do some random stuff as well. Clips were supposed to be uploaded to instagram and the judges later on had to count the points. Rajon also requested a special challenge  to remake two lines from our 2016 video RAJOON Estonian Voyage. We had two brave guys how tried our crazy lines. Well done Gs. Next year we won’t be so lazy and will try to get our asses to Tallinn and participate as well, contest looked like hell of fun.

The results of the comp are going to be announced soon but as we watched the contest it seemed that Aleksandr Tubin won the whole thing! The dude was killing it like crazy, almost every video from his team 42010dept featured Aleksandr doing some gnarly or tech shit. So he is the King of Tallinn in our eyes. We even made a REMIX clip of all his King of Tallinn tricks. Hope 42010 guys are not pissed at us using their footage without asking, and hope the song we used is not offensive, still don’t speak Estonian you know. Stay safe and have good September!