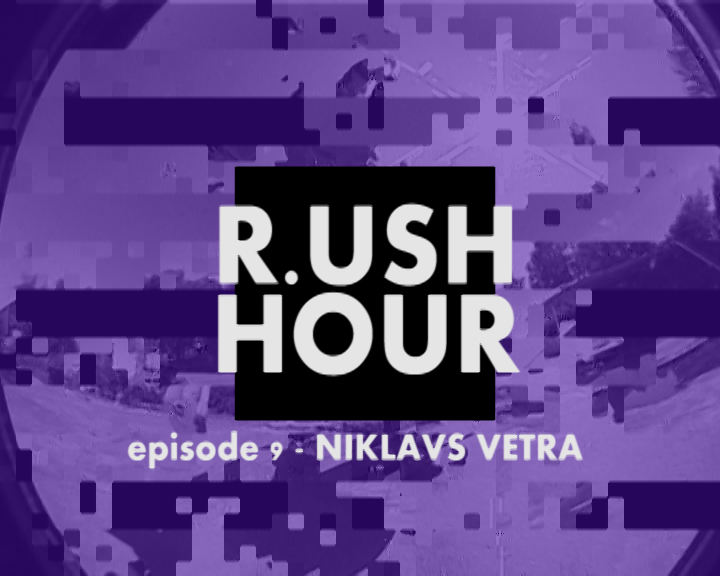 How old are you and where are you from?
21, R-city born and raised

How long have you been skating?
10 years, boi

Who rips in the Baltics?
Fully ghetto boys are crushing the game right now, Rudolfs Rorbahs been my favourite skater for a while now, Eesti guys as well, Raul shining bright, like always, but I am waiting for something new and crazy from the new guys, feels like no one street skates anymore, only plazas and shit

How did filming for R.USH HOUR go?
Wanted to perform better, but had a major headache in the morning so it started shitty. Started to film and made the first line in the box in like 5 tries, but then the battle started physically and mentally. it was way rougher than i thought, need to get in shape, lol

Favourite part of Gtiim park?
More or less trying to flow the park, and trying to find new ways of skating there, but if i had to pin point my favourite obstacle, I would say the flat box, ledges and the long box on top of the ¼ pipe, love doing bs tails on that thing, when i don’t miss the box and smash into the wall.