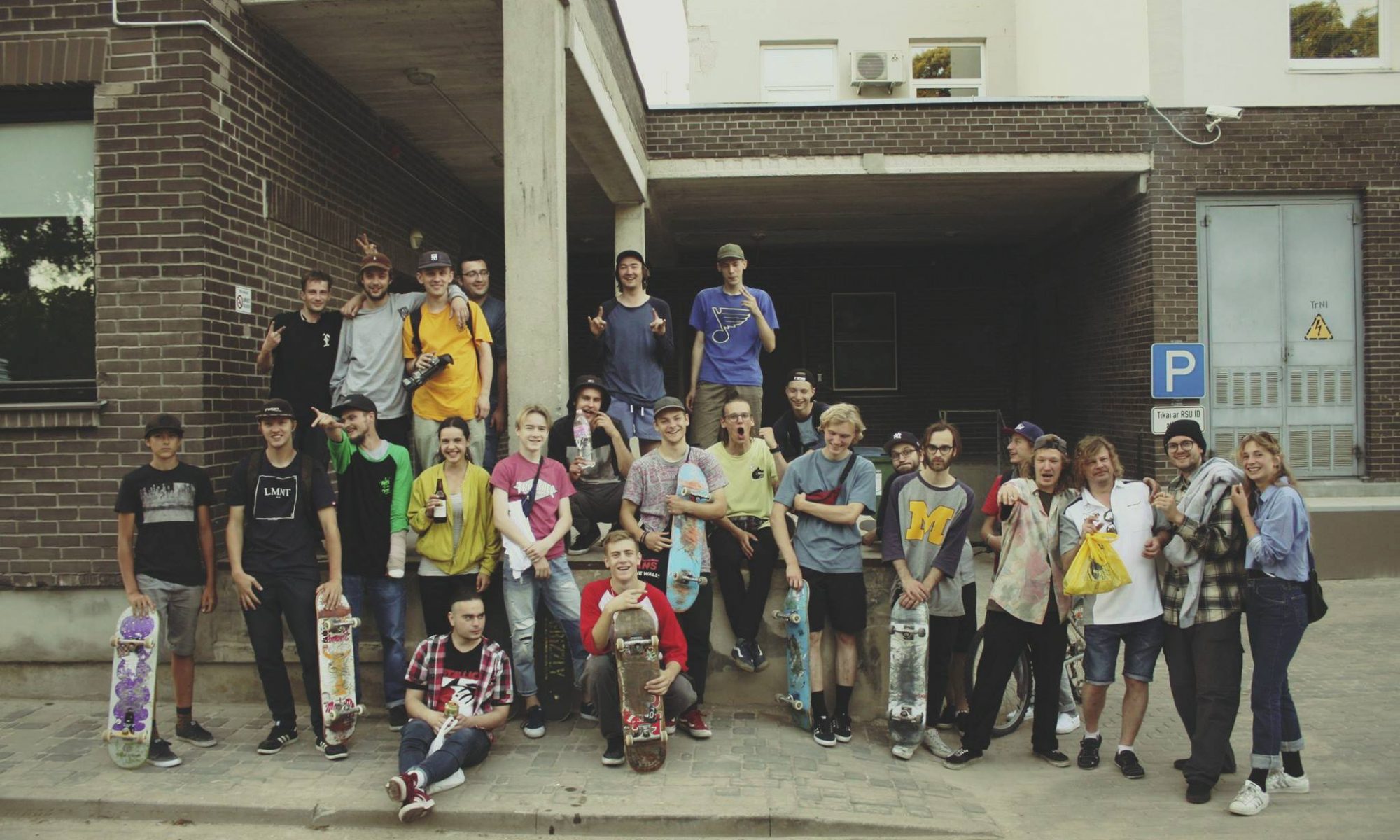 This year was tight! For example I got married this year, so I will probably remember 2017 for the rest of my life! I am sure everyone has something similar, I mean something that will help remember this year. Maybe you have grown your first mustache, won your first contest ever or found your inner blader (???). Despite your personal notable events there are some things that must be notable for all of us, right? And we are speaking about things in skateboarding! So we bring you a list of events in Latvian Skateboarding 2017 that must remain in our memories.

Events in the list are not placed in chronological order or in any other order.

This year we celebrated the birth of Straight Forward Skateboards, the brain child of Mr. Armandos aka Mr.Blaze aka Mr. Mapundai. The brand was born and so was its team – Mark Voroņenko, Linards Viksniņš and Emils Metlans. For some time Latvian skate scene didn’t have any local board brands (shop decks don’t count), so this makes it a memorable event for sure. We hope to see Straight Forward  skateboards next year and maybe some PRO models?

It might be considered lame to mention yourself as memorable event, but what can we do? Our scene is so small that anything that happens can be considered as a notable event. Heck, the whole scene is on the above picture (minus 10-15 people) So what happened was Pillo Wheel Gang and Rajon made a wheel together. Collaboration like that (as far as we are concerned) is an NBD. Our man Roberts Krums made the graphics and printed the wheels at Pillo HQ in Jersey. We organized a street contest to celebrate the release. It was tight. Wheels are still in stock at Clockwise btw.

While in neighboring counties skate spots get banned (in Tallinn they are banning the black ledge spot) here in Riga spots officially get legal skateboarding status. This year Lavian National Library was renovated with the intent to be skateable. The previous version of LNB was also skateable, although the material of ledges was poor and easy to break. The new incarnation is unbreakable, but requires much more wax, also some ledges have stoppers now. However, the spot was officially proclaimed legal to skate!  Much respect goes to Madars Apse for making it happen.

The best contest this year. We don’t know anything about the jockish Ghetto Games and we don’t want to know, but two years in a row Tikari Skateshop controlled Ghetto Games’ skateboarding contest, and that was pretty good. This year people from all over came to skate there. We had 10+ people from Finland, some dudes from Belorussia, bunch of Estonian homies and two Brazilian pros (???). Great atmosphere and an awesome party. Coming back next year for sure.

This year we also had a premiere of Brivibas Vestneši video and nice photo gallery at LNB.

Also don’t forget that Rudolfs Rorbahs did this.

There was a simpel session contest at Milda.

Monster park closed its doors to move to another place.

RajonTV: Game of Skate championship (which is not over yet)