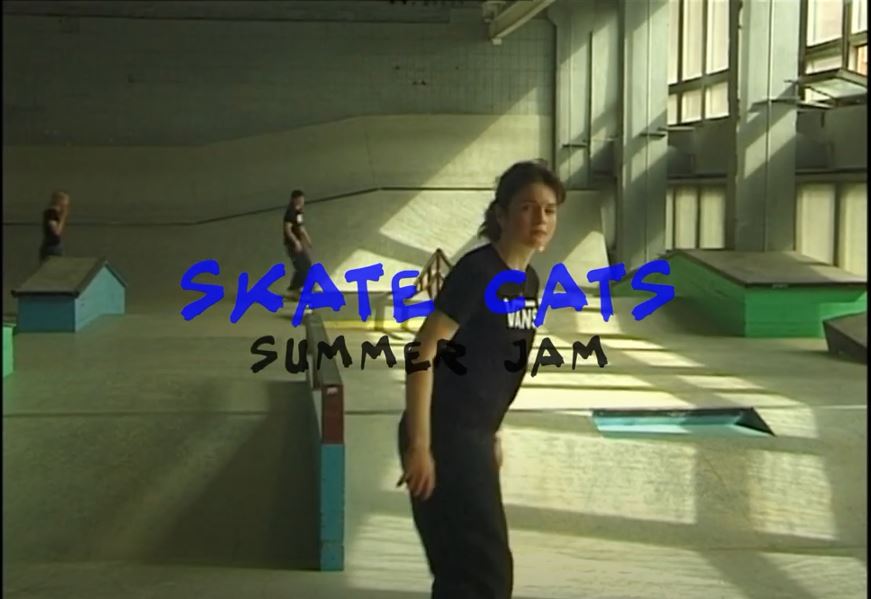 We were hanging out together with Emilia and talking about her uni and internship, when we realized that her internship could be one of the Pus8y Grab’s events organized events. As a result, Einars took Emilia as an intern in the Spot Center and on 3rd of June we had a chance to organize Skate Cats Summer Jam.

The format included a coach. For two hours we had a skate lesson, and then a contest jam in both street and park sections. We also had a Cat Race. Yes, we have Cat Races.

When I came to the Spot Centre Sensej and Boga were already there. Turned out Boga came without an invitation, just to support which was great. That allowed us to divide girls into two groups. Sensej skated with girls who had less experience and Boga with those who had more, and even inspired girls for impressive ollie session. Of course, skating with a coach can help to commit to something bigger. Thank you, guys, for showing up.

In the jam session the participants were divided into two groups, we had street and park groups. Every landed trick was backed by crowd cheering. We could feel great support. It was a real Skate Cats vibe.

Everyone who showed up won, however the prizes from Boards.lv and Boga’s books were given to:

Crowd favorite award was given to our lovely Lithuanian sisters, Milda and Gabriela from SHERYKLELE, and to Ventspils soul sister, Mareta from SB.GIRLS.

When the Cat Race began we all were a bit tired, however it was still fun. We competed with each other and also Patriks :D. I had to race some 4 or 5 times in a row. Thank you to Laura who for some reason in my first run waited for me at the finish line, so we could cross it together. That allowed me to keep going and get to the finals with Robina. We raced until the end, until I couldn’t keep the balance and rolled over the finish line. Got a prize for that too, lol.

In between all of this I filmed some clips, through it all into an event recap. Next morning, I hit Miera darzs with Sheryklele.