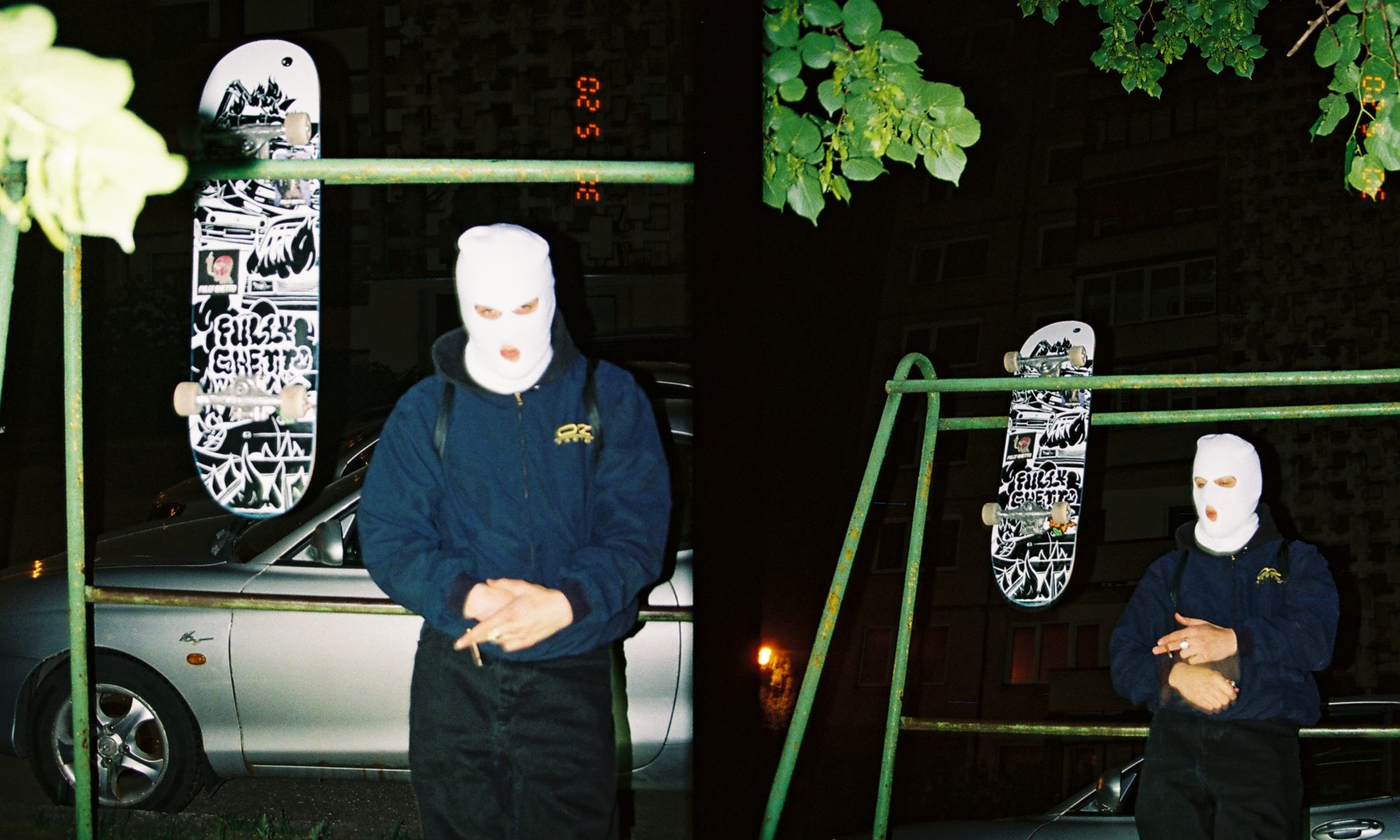 While the Baltic scene grows more and more connected, we still don’t know much about each other. We know the spots and the skaters. We know where beer is the cheapest.  But the one and the most distinct trait—the language—is still out of reach. Here in the Baltic neighborhood we have three major languages in daily use, plus some dialects and non-official languages. Is there any skater who can speak decently in more than one language of Baltic states? Maybe. But since English is around, why bother learning something else, right?

Well, the more you know, the more you realize you don’t know, but it is still better than nothing. Knowing even few words in a foreign language gives you an advantage, and, most importantly, creates a stronger connection with the locals. In this installment we offer you to expand your Lithuanian vocabulary with some street lingo from the Fully Ghetto Gang.

We asked Domantas Antanavičius to break down the most commonly used vocabulary and slang of his crew. He was even down to record the words, so can hear how to pronounce them. Next time you visit Lithuania you will be able to express your fascination with skateboarding, address a homie, and, with a single word, express all depth of your feelings after a party night out.

Baisu or Baisuuuuuuuu means scary, but we use this phrase when something cool or extraordinary happens. It’s the most common word in FullyGhetto and  Kaunas. Baisu is often used in Lithuanian rap/trap songs as well.

Seni or Seniuk it is an expression you use when you are homies with somebody. Lithuanian version of the word “dude”.

Stumykla or stumti means to “push” but we use this when we do something crazy. Stumykla can be a fire sesh when everybody gets tricks, or all the squad goes out drinking in the evening having a blast. That can also be called stumykla! Basically stumykla is when more that one people does non-ordinary things.

This is a new one. Online is when you are feeling good that day, you feel that you can do whatever your mind tells you. Maybe you ate well, so you are “online”, or maybe you got laid last night and the next day you are pumped and feel that you can break the boundaries. “Offline” means the opposite. Maybe you have the biggest hangover and you just sit on the bench while others skate or go somewhere. Basically you are offline when not feeling well.

The original meaning is “concrete” but we use it when we want to back something up. You say konkretu when you want to express your support about something.

Skonis means “taste”. We use this word when talking about weed. I think this doesn’t need any further explanation. Sometimes we just shorten Skonis to a single letter “S”.

Orginaly Deividas ment to say “word is bond” but said, “word is born” instead. We found this phrase helpful when we are thinking about a spot to go or what to do and somebody comes up with a new idea. Basically it is a way to respond to a new idea that just came up.