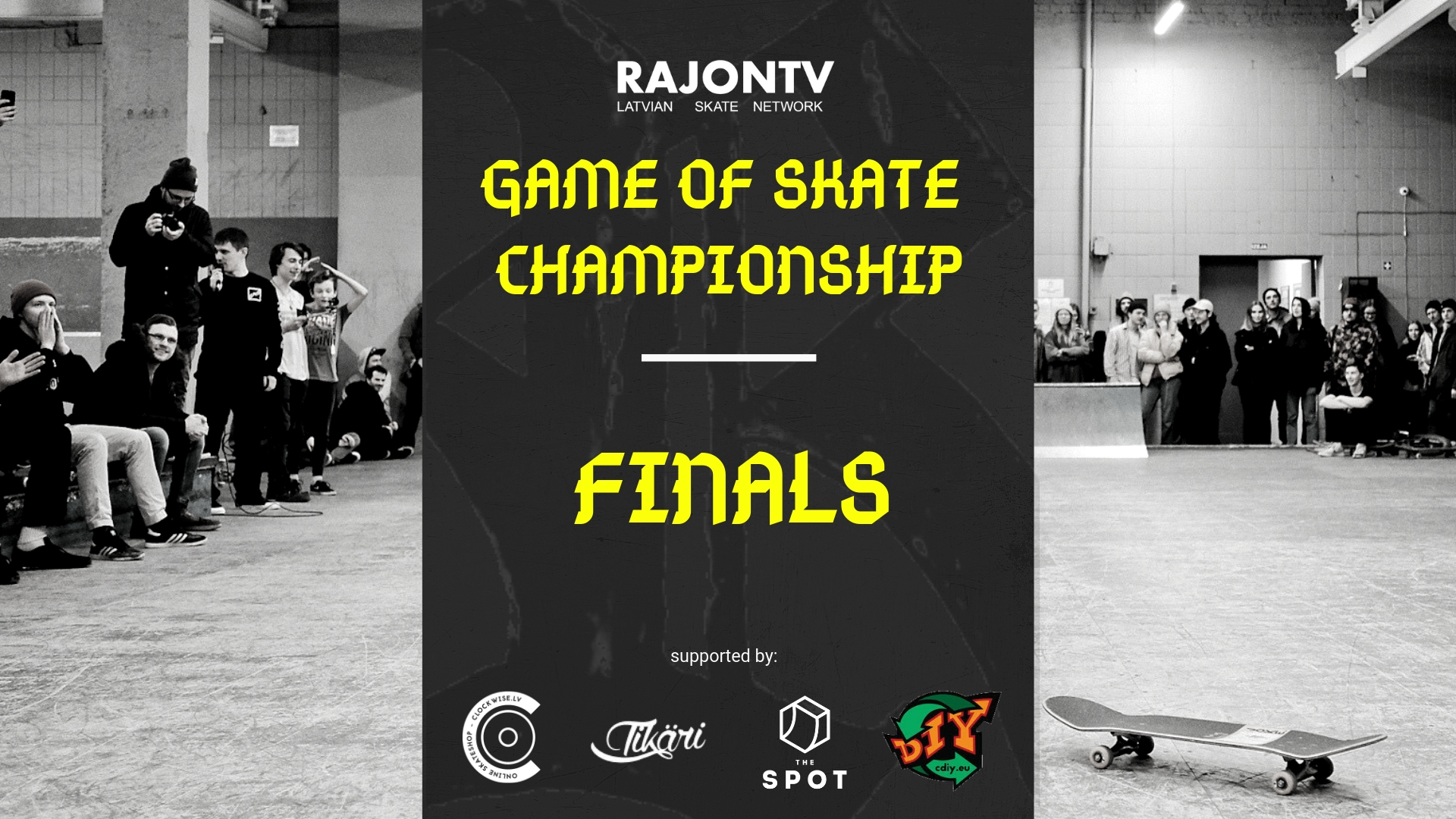 Almost a week ago, a mob of hungry skaters along with the barbarian crowd of spectators assaulted the premises of the Spot center. Their intent was simple – to witness the end of the five-month long soap opera called RajonTV Game of Skate Championship 2. The grand finale, of course, was the most important part of it all. Who will clash in final defining bloodshed? Who will end up victorious?

It all boiled down to the final two – Miks Grantiņš and Karlis Bogustovs. Both of them are capable of wining, and both deserve the title. However, there is only one champion possible!

To spice things up before the game maniacal Armands took on the role of Bruce Buffer and announced the living souls out of the finalists. No one expected the act and the crowd went berserk. Everyone was fired up and the game begun. What a night!

It is a satisfying feeling to wrap up a long project, and it is even more satisfying to see so much support from your peers. Huge shout out to everyone who helped and got involved in the project, especially in the finals night! You guys are the best!

Huge shout out to our charming sponsors too: Clockwise Skateshop, Tikari Skateshop and Commune DIY! These great folks supported the championship with rad prizes. They also support the whole skate scene, so show them some love. One last extra S/o to The Spot Center for letting us crash at their place! 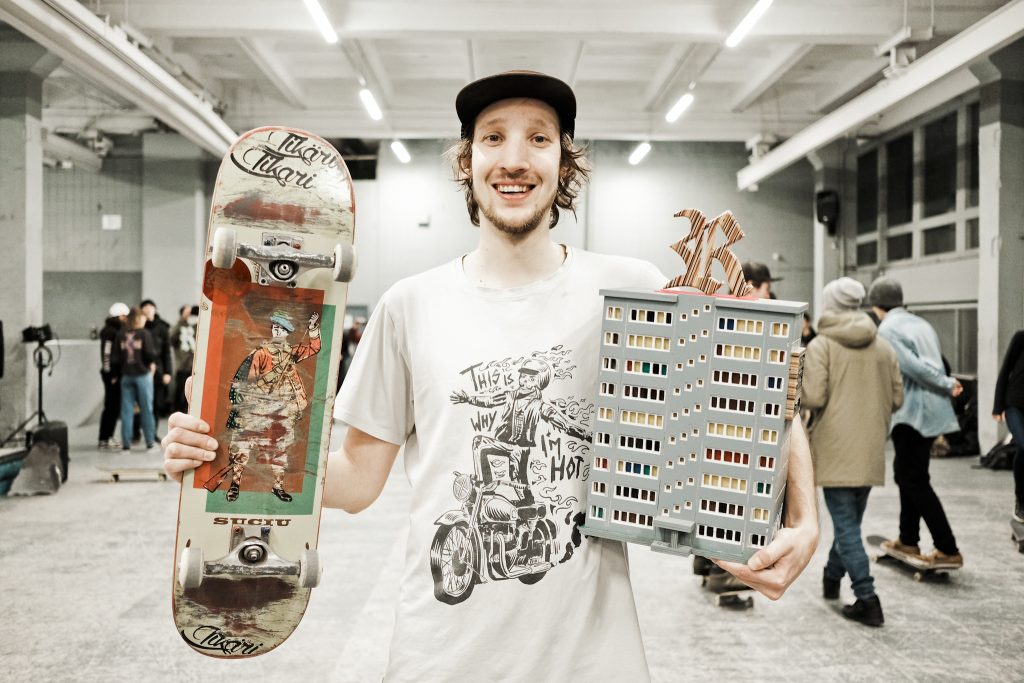 Much love to Miks Grantiņš aka the Champ 2019!

Stay tuned for more RajonTV projects in the near future. We plan to have two follow-up posts regarding game of skate championship – Statistics and an Interview with Miks. And also R.USH HOUR 2019 is in the works!