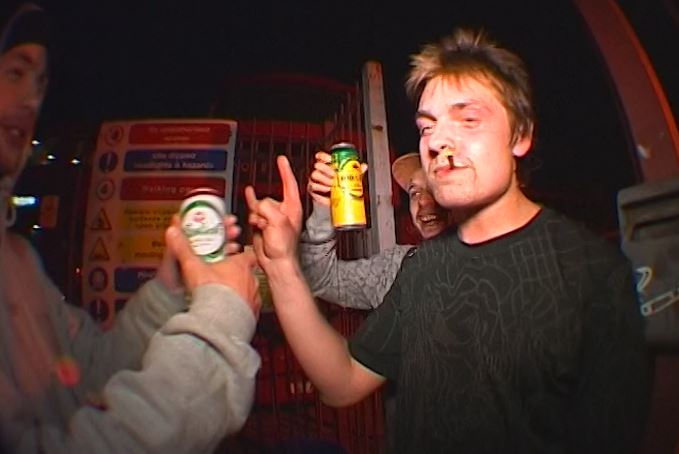 October is over! A cold, wet and shitty month! Ok, in the beggining it wasn’t that bad, it was pretty warm and you could even hang out naked outside like Aleksis did.(???)

Riga.lv a government organization made an article and a video with a title “Skateboarding is freedom” featuring some of the well-known Riga skaters. Pretty funny to see a cheesy video like that especially with Armands and Fricis in it. Best part of that video: 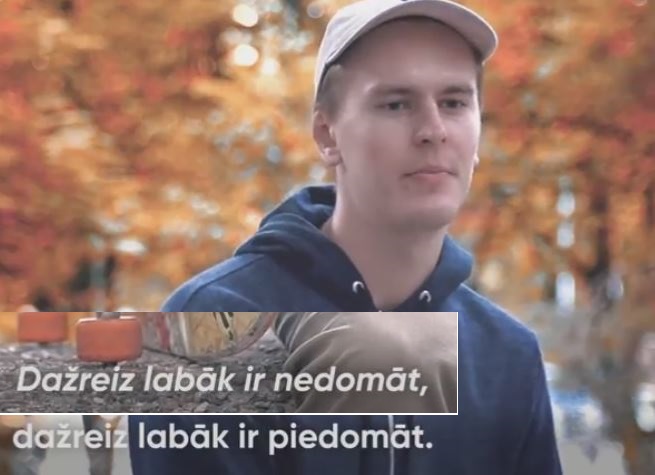 We would also like to thank Riga.lv for making a Russian version of this video for Deda and other Russian skaters in Latvia. From everyone at RajonTV we thank you!

Barona park keeps attracting tourists and we had a visit from these Lithuanian fellas. We also met Martinas the filmer čuvak and he said he is going to release an edit soon so watch out for that shit.

More shit from Lithuania. Kaunas based crew Fully Ghetto released a new video. They had a teaser for it on Facebook. Our reporter Deda went to the video premiere in Vilnius, he reports:

“We were chilling at the Kablis restaurant, we didn’t order anything. A lot of people were passing by and saying hello to me and I didn’t know who they were. Later we went to see this video, I don’t remember much, some dudes did some 50s on ledges and other cool shit, it was great. Can’t wait to return to Vilnius. ”

Girl that skates harder than most guys, Iguna Skujina, is now supported by Clockwise skateshop. She put out a video recently. Congrats Inguna!

We start a new thing called trick of the month. October’s trick is this fs wallride by Mikhel Vahermaa from Estonia. Woooo Hoooo congrats man!

Don’t be a kurwa and support the locals: Vote for Karlis Bogustovs and glass skateboarding in this Baltic Youth Artists contest. Vote for our dog Martiņš Neimanis at RadioSVH.

Very rare video from Parnu just surfaced the web! It features everybody’s favorite skate duo: Meelis Erm and his skinny sidekick Sim, along with some other locals. Meelis skates some mossy spots and young Sim chills in Bond and Marlboro sweatshirts, a true Humana Generation© kid. Whatever you think about the skating in the video you got to give it to them, they skate, make videos and keep skating rad.

Madars and Kristap’s game of skate was pretty sick and is the best game we have had so far. Despite the game being so awesome, we received some negative comments from the viewers about the reason why our respectful judge Toms Bika didn’t count Kristap’s ss tre and made him redo it. Mr. Bika explains:

“The trick didn’t count due to the fact that the rider rolled up a quarterpipe, he had an opportunity to execute this maneuver in a location with no distractions, yet he choose not to.”

Toms Bika is professional skate judge and he knows better, so don’t argue with him.

London-based Latvian Klavs Laivenieks puts out the first video in a  series called Broke Lads, filmed in Barcelona and London. You might spot our homies in the video Spank, Martins Horns, Fricis, Lukas. As well as the notorious Edgars “Berjoza” Berziņš. Make sure to check it out, the editing is awesome and filming is on point! Klavs you are the man!

If you are upset that we didn’t mention your incredible achivements in this post, make sure your achivements reach us next month! See ya pacani!