The word that Rainer Kaur was filming Unity reached us early in 2020. We  saw the first teasers and even made some plans for collaboration. Rainer wanted to come to Riga to film and we wanted to go to Tallinn and make an Overboard episode about his filming process. Of course, all of our plans got destroyed due to Covid restrictions, but Rainer kept filming nevertheless and finished his project by the end of the year.

Enjoy the video if you still haven’t and read a small interview with Rainer, the creator, and Meelis, the main star of the film, below.

How come Meelis has so many clips in Unity?
Rainer: This kid with his energy, stacking clips easy on a daily bases. I think there wasn’t a day Meelis didn’t get anything
Meelis: Kid? Man, I’m 23!  haha yes, I think I had a time when I was addicted to clips, because for me there were many new spots. The spots were new because I’m not local in Tallinn, I just moved to Tallinn in spring. I only have seen spots in Estonian street videos. So all the time I thought what can I do on these spots.

Which vids did you watch? And which Estonian videos inspired you guys?
M: My all time favorite filmer is Herman Aadamso. I like his style and of course he’s a overall good guy! Really like his edits of Rain Lindemann in the streets!
R: All time favorites are Antti and Ranno!  They both killed the most of the OG street skating back in the day.
M: Annti and Ranno for sure! OG Estonian VX filmers!

So, you Meelis would get clips every session, were there any tricks that you battled for longer?
M: Fuck man, I can’t even remember. Did they really came so easy? Rainer, refresh my mind.
R: The power ollie from Pirita spot [editor’s note: the trick on the cover photo]. You only started committing when the security came finally.
M: I did it with the guard and in the dark and everything! It was mental, but easy.
R: The guy was actually chill. But he got pissed after the second try when Meelis ignored him and I started filming again.

What’s a power ollie?
M: Tail drop?
R: I guess it has many names. Power ollie is what men call it haha.

What do you guys like more line of singles? I really like the line with 5-0 fs shove that Meelis did. It showed more of that spot.
R: Lines. They look nice and you can make good cuts and edits to pump it up.
M: Yea, I think I can say lines also because I like to look at spots a bit differently than I have seen in the videos you know?
R: With lines you can see more and also the trail the skater picks and how he does it.

Did COVID impact filming?
R: Didn’t really impact to be honest. Or maybe even better. Less people around.
M: I can say really early in the spring police almost wanted to fine me because we weren’t following the rules. Rainer remember?
R: Oh yeah that, there was some suss at some point, but after that was chill. I even talked to the police woman to give Meelis a last warning, they where so ready to write a fine. But eventually we got away with a warning. That was the only encounter with the police we had.
M: Yeppp!! FOTY! taking care of his skaters.

Meelis, it looked like you had a lot of outfits. Every clip in a new kit almost. How important are outfits for a skate video?
M: One shop- HUMANA! But yeah it is a hard question. It depends… If you aren’t a try-hard then it’s okay. If it makes sense hahaha. But of course baggy pants before skinny. Baggy makes tricks look better.
R: If you know what you are doing, then cool man, other than that it’s not important. Different styles from different people. The outfits usually come with style and the way they skate.

Watching the video I notice a few scenes with GIN cans. Is GIN preferred drink of choice for Estonian skaters?
R: One was non alcoholic!
M: Mine was non-alcoholic. I was the driver, so. . . but Rainer liked to get fucked up sometimes.

During filming?
M: Yeah, when the days were long.
R: Yes, we did lots of filming. I got thirsty, so had some beers to keep the fuel up.

Filmer got to stay fueled up. I wanted to ask you guys about support and motivation. Not a lot of videos come out in Estonia and the Baltics in general. What do you think, what are the main reasons for that? Do people need more support, or no one cares about filming street parts etc?
R: Could be a lot of reasons, the fact that there is always almost no support is a main issue. But I think it will get better in the future.
M: Yep, that’s the one thing. I believe Instagram has also something to do with it unfortunately.
R: People would be more into making videos and films if the time they spent on it is given back somehow, but there are more hardcore people who do it for love and passion.

How was the premiere?
M: Yep, we did a premiere, and there were plenty of people actually.
R: Yeah, event was fun a chill, something to keep your mind off being busy and just having a nice time with the skate community.

What’s next? Do you both have plans for 2021?
R: More skate clips and videos. Also more skating if possible. I need to buy a decent bag for all the equipment I have that I should use.
M: Yes, I’m buying a camera. Wanna make my own skate videos again! Also, whatever projects are coming: I’m in! 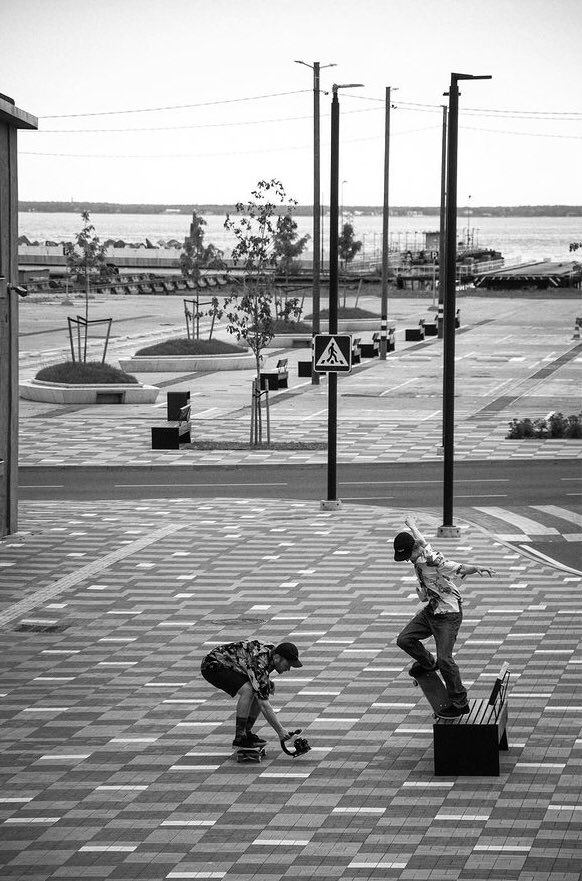 3 Replies to ““UNITY” a video by Rainer Kaur”