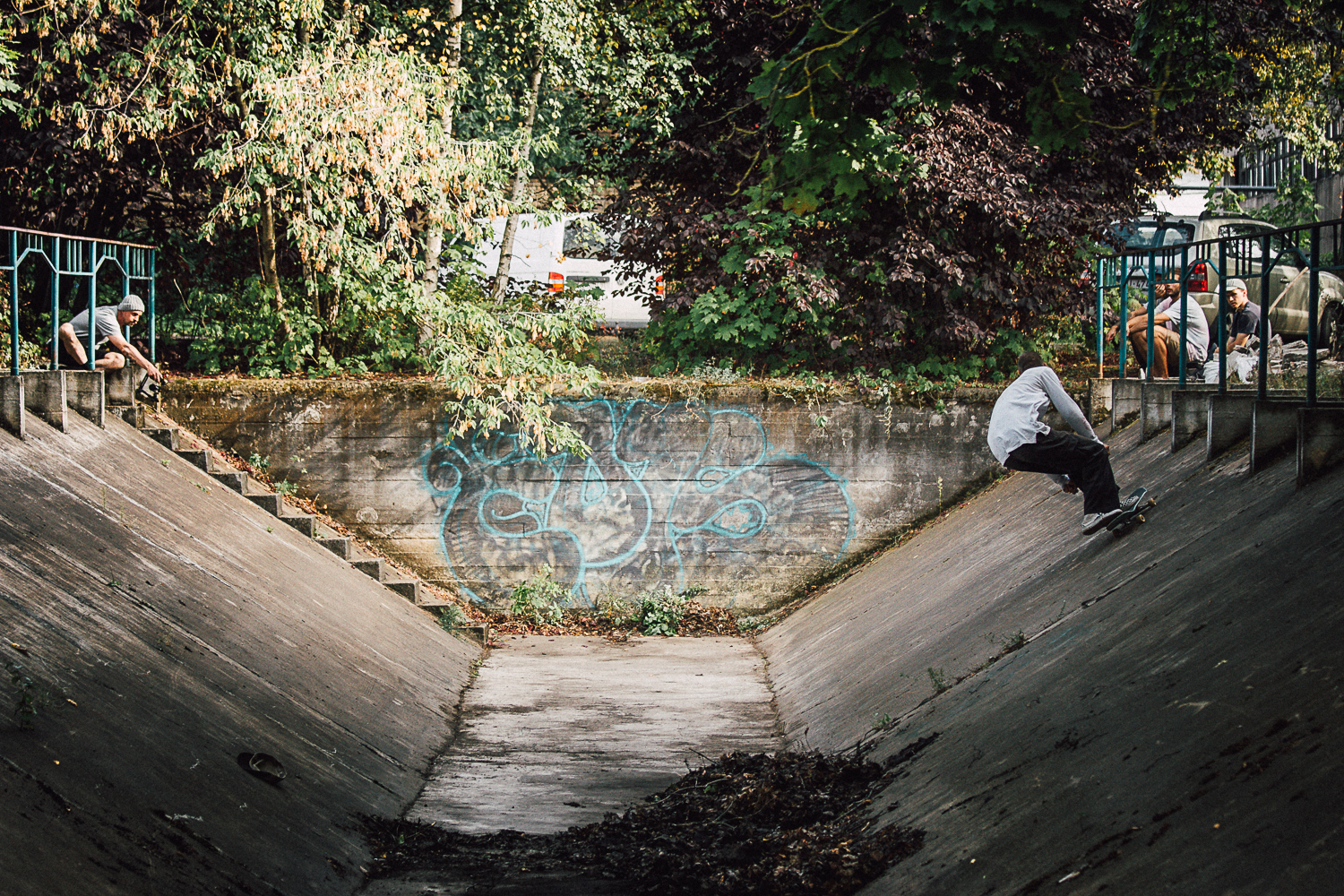 We all have seen ditch spots in American videos. You know these spots in the deserts somewhere in Arizona or Los Angeles with huge banks?  Well, we also have those! Only Baltics style. Our version of the ditch spot is represented by soviet fire water ponds, which are water reservoirs for fire extinguishing. They were placed next to hospitals and other important buildings. The idea was that in case of a fire you would have quick access to water. From what we have seen, these ponds are made out of concrete and often have inclined surfaces—perfect for our needs. Such banked ponds are still scattered around Latvian soil. But since there are more advanced ways how to fight fire, this USSR infrastructure is out of use, and in some places it is buried underground.

Probably it is not safe to have big empty pools around the city, but whatever the reason is for their destruction, we loose spots. Here is a little memorial to 3 bank/ ditch spots it Riga that are gone.

One of such deceased spots was located next to the newly refurbished Presses Nams bank. That pond was the size of school gym with steep banks across three sides of its perimeter. It was around two meters deep and had a curb on the top which was perfect for stalls. That spot had the potential to become an awesome DIY but was pretty underrated. Out of the whole huge territory only one corner was cleaned and skated.

The ground was rough and covered with some rust dust. It wasn’t easy to skate but still it was a bank and those are not lying around too much. The spot was last skated around 2015 and became buried underground ever since. 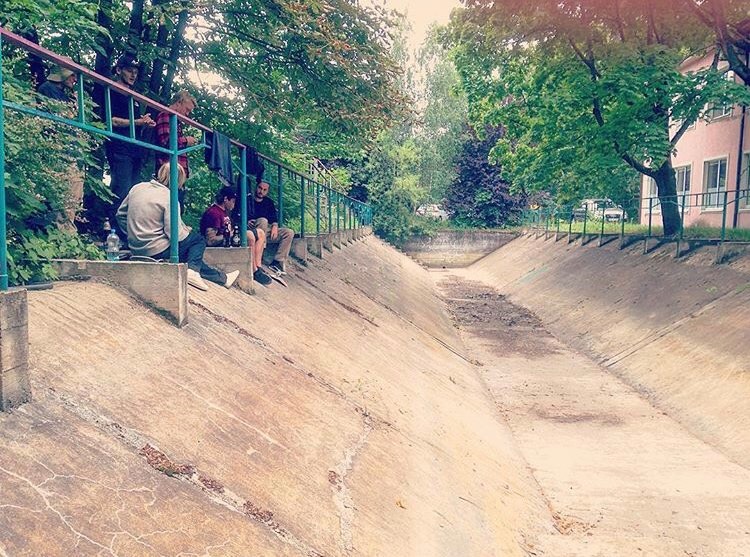 Similar faith has faced the banks at Barona street. This spot, found via Google maps, was one of the best places to take travelers to in 2016 or so. It had bigger banks and small steps that you could make stalls on or hop over. There was also a guard rail going around which was spotted as a tail drop obstacle. That idea has put one unlucky skater in a cast.

Typical for spots of this type, it wasn’t easy to skate. The flat part was short and as you dropped in you were immediately hit by the opposite bank. All that pumping required stamina. Mostly people would through flip tricks there. Fricis found a way how to ollie into it from a side which was pretty gnarly.

Recently a photo of the spot has dropped on facebook which raised a conversation among peers. Apparently the spot was buried already last summer.

Another pool was hidden in Teika in Biķernieku forest. It was probably the most accessible out of the three presented here. Anybody could skate it. There was plenty of run up and the banks were long and mellow. The wall across the whole perimeter was great for stalls and small wallrides.  There was also a gap in the middle of the banks—a transfer for big dudes.

The forest territory where this spot resides was acquired by Zemessardze (Latvian army) and now the 13. Battalion is stationed there. In other words, there’s a fence around the forest. At least this is what trusted people have told us.

Spots come and go. You never know when the last session is. But the good thing is that new things appear as fast as the old ones disappear. Have you seen that bank in Saldus?

So go explore the streets and all of the city corners to find some new unseen ditches, maybe you’ll get lucky!